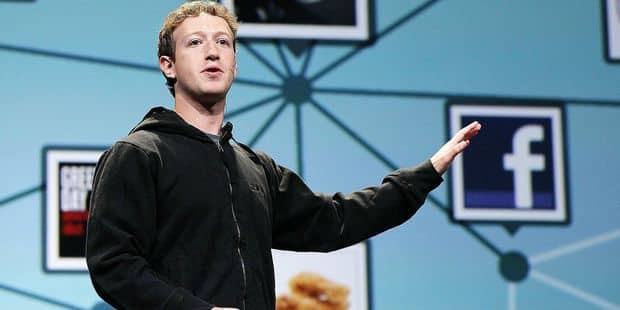 
The world's first social network goes through a delicate period.

Fifteen years after being born in a dormitory in Harvard, Facebook has become the world's leading social network with more than 2 billion users. A success that comes with its shadow procession.

On February 4, 2004, Mark Zuckerberg published the Facebook embryo. Today, the company is omnipresent in the daily life of a quarter of mankind. But this incredible "success story" has been undermined for almost two years due to an almost uninterrupted flood of scandals and revelations about the methods of social networks, revenue comes from advertising. Return on the main facts and figures of a technological giant.

Facebook had 2.3 billion active monthly users by the end of December. The reference data of the first social network in the world. Of this total, 947 million are in Asia-Pacific, 381 million in Europe and 242 million in North America. The company does not detail the data from country to country, but analysts say that India has the highest number of users, followed by the United States, Indonesia and Brazil. Facebook is blocked or severely restricted in some countries, including China and North Korea. Around 2,700 million people each month use one or more of the "familiar" applications of Facebook, which in addition to the homonymous network include Instagram, WhatsApp and Messenger.

2 A capitalization of nearly 500 billion dollars

For its fiscal year 2018, Facebook released a health in iron: $ 22 billion in profits for a turnover of 55 billion. Even every year from the stock market sale in 2012, where Facebook currently has about 480 billion dollars. Advertising, which, thanks to the massive and incessant collection of personal information of users, is oriented as closely as possible, represents 98% of Facebook's invoicing, and mobile advertising is the lion's share. The network generates nearly 50% of its revenues in North America. According to the eMarketer research firm, it is hoped that the Facebook part of the digital advertising market will reach 20.5% of the 327.28 million dollars that will be spent in 2019.

3 The team behind Mark Zuckerberg

Mark Zuckerberg, cofounder of Facebook, is, with only 34 years, the undisputed leader as the general director and president of the board of directors. Although it only maintains a minority part of the capital, a special system guarantees 60% of the voting rights and, therefore, the control of the group. Sheryl Sandberg, formerly Google and the US Treasury, is the number two company, invented the business model. He has been widely criticized for his role in several recent scandals, with the support of Mark Zuckerberg and the Board of Directors. The giant at Menlo Park, California, hired 35,587 people at December 31, 42% more than the previous year. This is the result of the triplication of the number of people responsible for eradicating controversial content on the platform. Mr. Zuckerberg receives a symbolic salary in dollars, but his personal fortune is estimated at 62 billion dollars in the magazine Forbes.

Facebook has faced for two years with a wave of unprecedented scandals for the young company. Their leaders admitted being too slow to measure the scale and thus combat the attempts to manipulate the presidential elections attributed to Russia in favor of Donald Trump. This adds the Cambridge Analytics scandal around data leakage without the users' knowledge and then revealing their critical methods of combating criticism through a communication agency with controversial methods. Facebook also faces a growing disaffection among younger people, especially in the richest countries, especially in the United States. According to the Pew Research Center, 51% of American teens aged 13 to 17 are on Facebook, compared to 72% of Instagram and 69% of Snapchat.