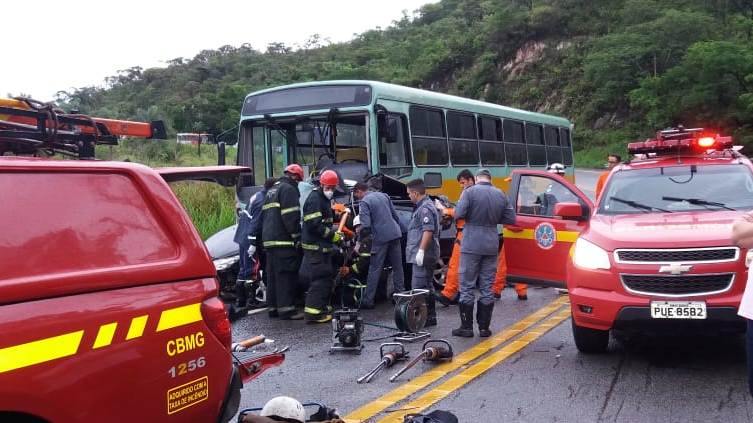 According to the PRF, the third child was injured and was taken to the Joao KSKSIII hospital, in the Center-South region in the capital. All the victims were in the car. The accident happened near the Cotoches factory in the Ravenna district. The smaller vehicle would leave the runway and hit the bus.

Traffic on the site is partially interrupted, and drivers travel to the stop plan and follow.

Earlier, about 4 hours, the second accident was registered at KM 440 from BR-381, also in Sabara. The car and truck collapsed. Two people died and a third was injured. The surviving victim was taken to John KSKSIII Hospital.