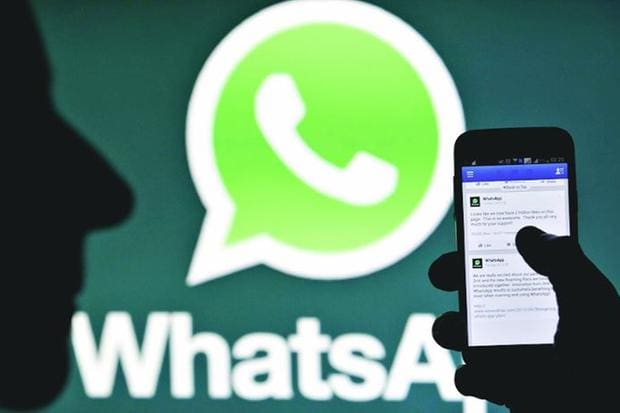 According to the consultancy, the number of downloads of the application the week after the announcement fell by 17%; Signal downloads grew 60 times and those of Telegram doubled

At a delicate time for the tech giants, facing various legal and moral issues in recent months, a change in the privacy policies of WhatsApp, Facebook’s messaging app, jumped into the eyes of Brazil and the world this month.

On January 6, the platform began informing users that the terms would be modified, so that some of the information collected would be connected to the parent company of the application. The platform asks approximately 2 billion users, 130 million in Brazil alone, to accept the new policy, which plans to share this specific data.

This was not the first time such a warning had been issued, however, the obligation imposed on users who, at first, could no longer use their accounts from the next eighth, if they did not agree with the changes. , caused a collapse of the Brazilian Internet.

Criticisms and fears from users caused the company, 11 days after the start of notifications, to update the deadline in accordance with the new policies to 15 May. The only unaffected region in the world will be Europe, which has its own legislation that prevents some of Facebook’s proposals.

“The update includes new options that people will have when talking to companies on WhatsApp and will increase transparency about data collection and use. Not everyone uses WhatsApp to shop directly with companies, but we believe that in the future there will be more people will do it. Therefore, it is important for us that people know about these services and we reaffirm that this update does not increase the possibility of sharing data with Facebook, “the company said in a note posted on its blog.

“Therefore, we have decided to extend the deadline for people to review and accept the updated conditions. No one will suspend or delete their account on February 8, 2021. We will also do a lot of work to clarify all the wrong information about how privacy and privacy security work on WhatsApp, “the text adds.

Changing the WhatsApp code does not reach some basic principles of the application. End-to-end encryption will also be maintained, when encryption occurs in the messages of the sender, to the sender, without the companies having contact with the content, in conversations between regular users (except for business accounts ). in terms of audios or videos.

According to WhatsApp, encryption will no longer be guaranteed in company accounts, so message management and storage tools can be used. With this, these third parties could have access to the information.

More controversial, integration with Facebook and Instagram to further refine the platform’s ad segmentation will be implemented on WhatsApp. The application will collect various user data such as battery charge, mobile operator, phone signal quality, IP number, and so on.

With suspicion hovering around the app’s messages, users ’eyes widened in relation to competitors, who promise to be safer than the Facebook platform. The day after the start of sending the notifications, businessman Elon Musk, the richest man in the world according to Bloomberg, enigmatically posted on Twitter, as usual, the message: “use Signal”.

The owner of Tesla and Space-X referred to the application, which, despite having a less easy-to-use interface, is open source, meaning it is possible to see in the programming lines what it collects or not the application. ., in a transparency and end-to-end encryption exercise.

In addition, it is still possible to create a password or use biometric methods (fingerprint or facial recognition) so that the user can access the messenger, even with the phone already unlocked.

Another name that emerged, even more strongly, was the Russian application Telegram, which offers services similar to signal, but end-to-end encryption is not enabled by default, but there is encryption between the server and the user. With this, Telegram allows, for example, that in “non-secret” conversations it is possible to access messages on several different devices.

With the repercussions, according to consulting firm Sensor Tower, the number of WhatsApp downloads the week after the announcement fell 17%, while Signal downloads grew 60 times and Telegram downloads doubled.

Words addressed to competitors prompted WhatsApp global president Will Cathcart to “put his foot on the brakes” in discussions and better explain what will change, in an interview with Folha de São Paulo last Saturday (23).

“The responsibility for communicating change is ours. So we decided to postpone it, we will have more time to better explain to people what is changing. A lot of misinformation and confusion is circulating, and we realize the irony, ”he said.

“Telegram does not have end-to-end encryption. They keep a copy of the messages, which is a real privacy and security issue. And a lot of people use Telegram more as a social network, with very large groups, very large channels, a place where public figures want to reach their followers. We believe that WhatsApp should continue to be an application for conversations between two people, a private space, for small groups “, added the director.

In the same conversation, he mentioned the advantages he sees in WhatsApp in relation to Signal: “Signal has been offline this month, (WhatsApp) has additional features, such as video calling. We retain a little more data, but it’s just the data needed to keep people safe and fight off infractions, like mass shooting (metadata like the IP address), ”he said.

Alexandre Atheniense, a lawyer specializing in digital law, argues that the main problem with the change proposed by Facebook – in relation to the national legislation applied under the General Data Protection Act (LGPD), which is in force – is the lack of company transparency.

“There is little transparency as to the purpose of the processing of personal data that Facebook will use for this migration. I see, until there is, for this lack of clarity, a consent period, which is now mandatory by law, with a scope “In order to make it clear how to use this data, Facebook, by the way, does not treat the form clearly. It must be based on transparency and accessibility, as proposed by law,” argues the expert.

Among the criticisms leveled against the company, Atheniense highlights the lack of respect for one of the terms of the LGPD, which allows the user to accept some conditions of use of the services and reject others, without be penalized for it.

This, the lawyer believes, is motivated by the lack of establishment of the authorities responsible for enforcing the new legislation, which is still under construction in Brazil. “They are taking advantage of this moment to make these alternatives, but that does not mean that the authorities will not be able to hold them accountable in the future,” he concludes.

The professor of communication at the Federal University of Minas Gerais (UFMG) and technology specialist Joana Ziller say instead that it is “naive” to believe that Facebook companies – WhatsApp and Instagram – no longer practice similar policies in the past, without user consent.

“Nowadays, companies can do whatever they want. It’s hardly something that hasn’t happened before. It’s a bit naive to think that all three companies, which belong to the same group, have the same owner, and have such flexible terms of use, didn’t at any point in the past. Before there was the possibility of not doing it, now they make it clear that they will do it “, he explains.

The report tried to contact Telegram and Signal, but was unable to contact them. The WhatsApp press office was searched and THE WEATHER awaits return.