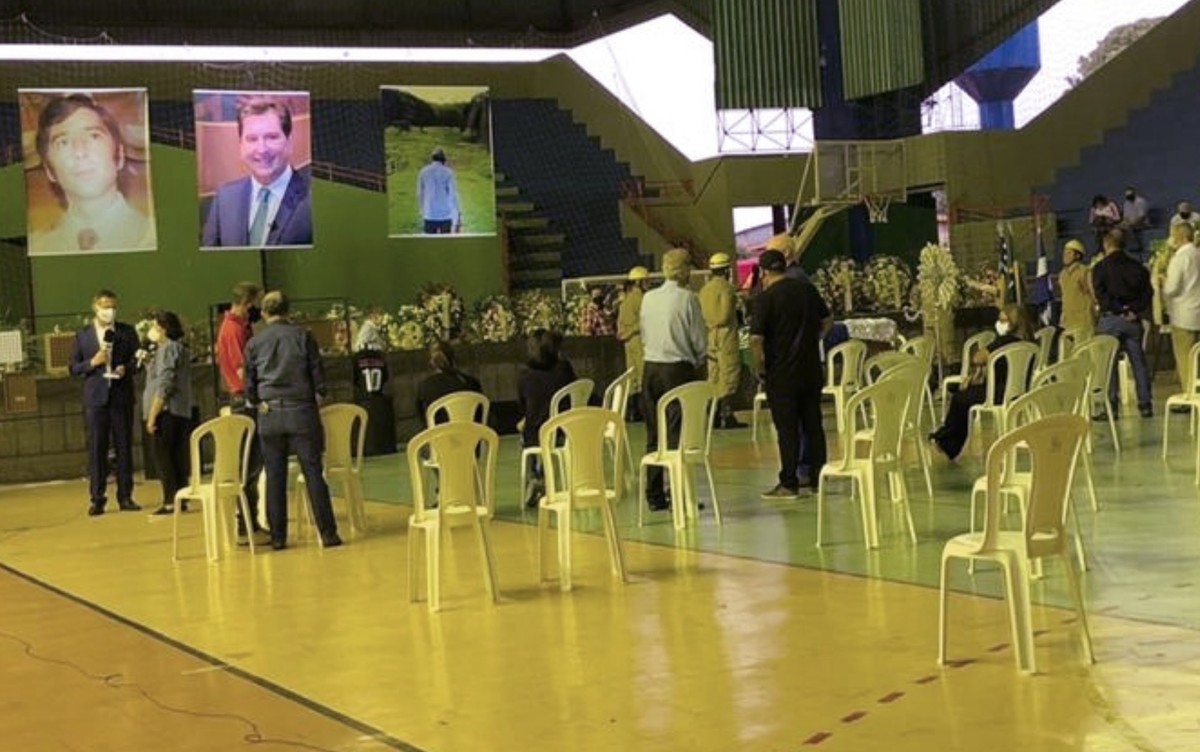 Former Goiás governor and licensed mayor of Goiânia, Maguito Vilela (MDB), who died at the age of 71, is veiled this Thursday (14) at the Vilelão Sports Gym in Jataí, the southwestern city of Goiás. . The politician died in the early hours of Wednesday (13) at a hospital in São Paulo, where he was battling a lung infection due to the coronavirus, from which he had already recovered.

Wednesday night (13), Maguito’s body was veiled with an open coffin and led to the Emerald Palace in the capital. During the vigil, authorities, relatives, friends and supporters of Maguito gathered to pay their last respects to the politician.

Maguito’s farewell to his hometown began around one this morning, when his body arrived in Jataí.

In honor of Maguito, the gym displays dozens of wreaths. There was also a display of shirts from the football team that the mayor accompanied and even a flag of the Jataiense, the team he played for.

Photos of the beginning of his political career, which began in the city, as a councilor, are also on display. A room was made with homage, through which people passed before saying goodbye to Maguito near the coffin.

The body of Maguito Vilela is veiled with an open coffin and Mass at the Palacio das Esmeraldas, in Goiânia – Photo: Gabriel Garcia / TV Anhanguera

After the funeral, the coffin will go to the cemetery of São Miguel, in the same municipality, where the burial is scheduled to take place at 9 am.

The plane carrying the body of the licensed mayor left SP where he was interned and landed in Goiânia, around 4.20pm on Wednesday. The initial forecast was that the flight would arrive in Goiânia at three-thirty in the afternoon, but the plane had to stop to refuel Uberaba, Minas Gerais, which ended up causing delays.

Authorities, family, friends and supporters of Maguito gathered to pay their last respects to the politician. Hundreds of people gathered at the door of the town hall, in the capital, for the first parade of the procession, which began at 5:30 p.m.

When the body arrived in Paço Municipal, four guards from the Ronda Municipal (Romu) team fired a “volley of shots”, which is a military tribute with artillery weapons.

The guards make a “volley of shots” in honor of Maguito Vilela, in front of the municipal palace of Goiânia – Photo: Reproduction / TV Anhanguera

Then, around 7:20 pm, he passed by the town hall of Aparecida, in the metropolitan region of the capital, where Maguito Vilela was mayor for two terms. A “rain” of rose petals paid tribute to the politician.

Around 8:15 pm, the body arrived at the Palacio das Esmeraldas, the seat of the state governor, where the first funeral was held, with an open coffin, mass and drive-trhu. Rows of cars formed around the Plaza Cívica, near the site, where several wreaths were sent by politicians and organizations in honor of Maguito Vilela. 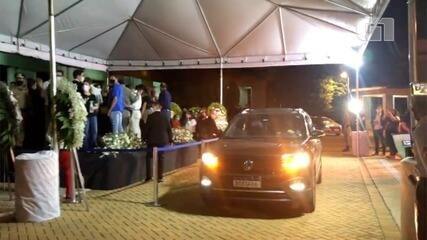 The body of Maguito Vilela is veiled with an open coffin, too, and led to Goiânia

Maguito died at the age of 71, after being hospitalized for 83 days, battling complications caused by Covid-19, which had already recovered. In recent days, the politician was facing a new serious lung infection, in an Intensive Care Unit (ICU) of the Albert Einstein Hospital in São Paulo.

The last 7, Maguito even showed an improvement in his state of health and his son, Daniel Vilela, who is also the president of the state of the party, said that his father was more “talkative”. The family hoped Maguito could spend the birthday at home. The next 24 would be 72 years old.

Maguito lost two sisters to Covid-19 in less than ten days in August 2020. On the 19th, Nelma Vilela Veloso, 76, died of diabetes and lung problems, comorbidities that aggravated the disease. On the 28th, his older sister, Nelita Vilela, 82, also died.

The politician passed through several public positions in Goiás: councilman, mayor, governor and senator. He was elected manager of the capital with 52% of the vote in the 2nd round of the 2020 elections, took office virtually and graduated from office. Remember his career.

With the death of Maguito, Rogério Cruz (Republicans) will assume the administration of Goiânia.

See other news from the region G1 Goias.

VIDEOS: Remember the fight of Maguito Vilela against Covid-1