Marco Aurélio Mello: the Minister of the STF dismisses the request of Flávio Bolsonaro about the Queiroz case and keeps an investigation in Rio | Brazil 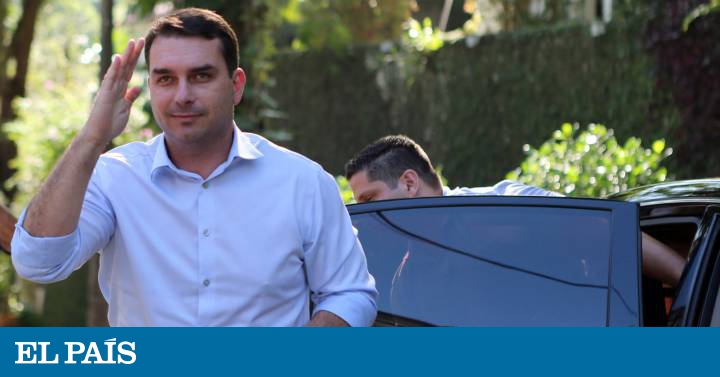 In a defeat by elected senator Flávio Bolsonaro (PSL-RJ), Minister Marco Aurélio Mello of the Federal Supreme Court (STF) on Friday filed a petition against the defense of the lawmaker who had suspended the investigations of the Queiroz case. The magistrate has published the Rio de Janeiro Public Prosecutor's Office (MPRJ) for criminal investigations on the son of President Jair Bolsonaro and his former parliamentary adviser Fabrício Queiroz for alleged atypical financial transactions. The Financial Activities Control Council (Coaf) has identified a series of fractional deposits made in the accounts of both, which have not yet been heard during the process. Other legislators in the Rio's Legislative Assembly are also investigating.

On January 17, Flávio's defense had triggered the STF that requested the suspension of the procedure, using the prerogative, so often criticized by him, his father and his brothers, of the privileged forum. According to the lawyer's request, it is up to the Court to determine whether the case should leave the Common Court, considering that it is now a senator. Additionally, the accused accused MPRJ of having obtained confidential data without the proper judicial authorization – that the prosecutors refuse. The petition was accepted in advance by the provisional president of the court, Luiz Fux, who delegated the final decision of the rapporteur Marco Aurélio Mello.

The attempt to stop investigations, however, was doomed to failure. On Thursday, Mello had already indicated that he would deny the petition for the defense of the senator, evoking STF's case law, which restricted the forum of possible crimes committed during the exercise of the mandate, which does not fit Flavio's situation. "In this process, the initial reading reveals that the plaintiff was, at the time of the events, the position of state deputy at the Rio de Janeiro Legislative Assembly, and was Senator of the Republic on December 18 The legal situation does not fit into the Federal Constitution in terms of competition of the Supreme, "the minister said in the decision this Friday.

The participation of Flávio in the Queiroz case

Since the crisis that his ex-assistant Queiroz entailed, at the end of 2018, Flavio always denied that he be investigated and said that it was up to the driver to give the appropriate explanations. However, the request for suspension of the process explained that the senator would have more involvement with the case than it was supposed to be. Subsequently, the News Two documents from the Coaf were obtained indicating several deposits made in cash to the account of then deputy between June and July 2017. There were 48 deposits in terms of 2,000 reals, for a total of 96,000. The senator said that the value is related to the sale of an apartment to a friend, and that he chose to make the deposits in the box to prevent it from being placed in the branch of the bank. The buyer of the property, Fábio Guerra, confirmed the transaction, but could not inform the exact amount paid.

According to the Coaf document, Flávio and Queiroz have records of similar banking operations, which indicate an attempt to hide financial transactions: deposits and withdrawals were made in self-services within Alerj, in operations in cash. Finally, the JN He revealed that the senator made the payment of 1,016,839 reais of a bank guarantee from the Savings Bank. The Coaf does not know who would be the payee of this payment. Flávio defended himself in an interview with TV Record, saying that this is an "apartment" bought on the floor. "When you buy an apartment on the floor, the financing is maintained with the developer. [documento que autoriza que o imóvel seja ocupado], which is when the fund can make the financing, look for the cash that has less interest. Caixa pays the debt to the construction company and I am no longer a debtor of the construction company and I am the debtor of Caixa. Who made this operation was Caixa Econômica, it was not my money, "he explained.

The bond with the militias

But Flavio's problems are not here. On January 22, an operation by the Rio Civil Police attempted to arrest Captain Adriano Magalhães da Nóbrega, commonly known as Gordinho, by the Attorney General of Rio de Janeiro as head of the Criminal Office, a group of militias suspected of participating in the death of Marielle Franco. Nóbrega's mother and wife, Raimunda Veras Magalhães and Danielle Mendonça from Costa da Nóbrega, were full of people at Flávio's office. According to him, by indication of Queiroz.

In addition, while he was the MP, Flavio proposed a "statement of praise and congratulations" and other honors to Nobrega and other police suspected of establishing relationships with militia groups. In a statement, the congressman said that he was "a victim of a defamatory campaign aimed at reaching the Government of Jair Bolsonaro"