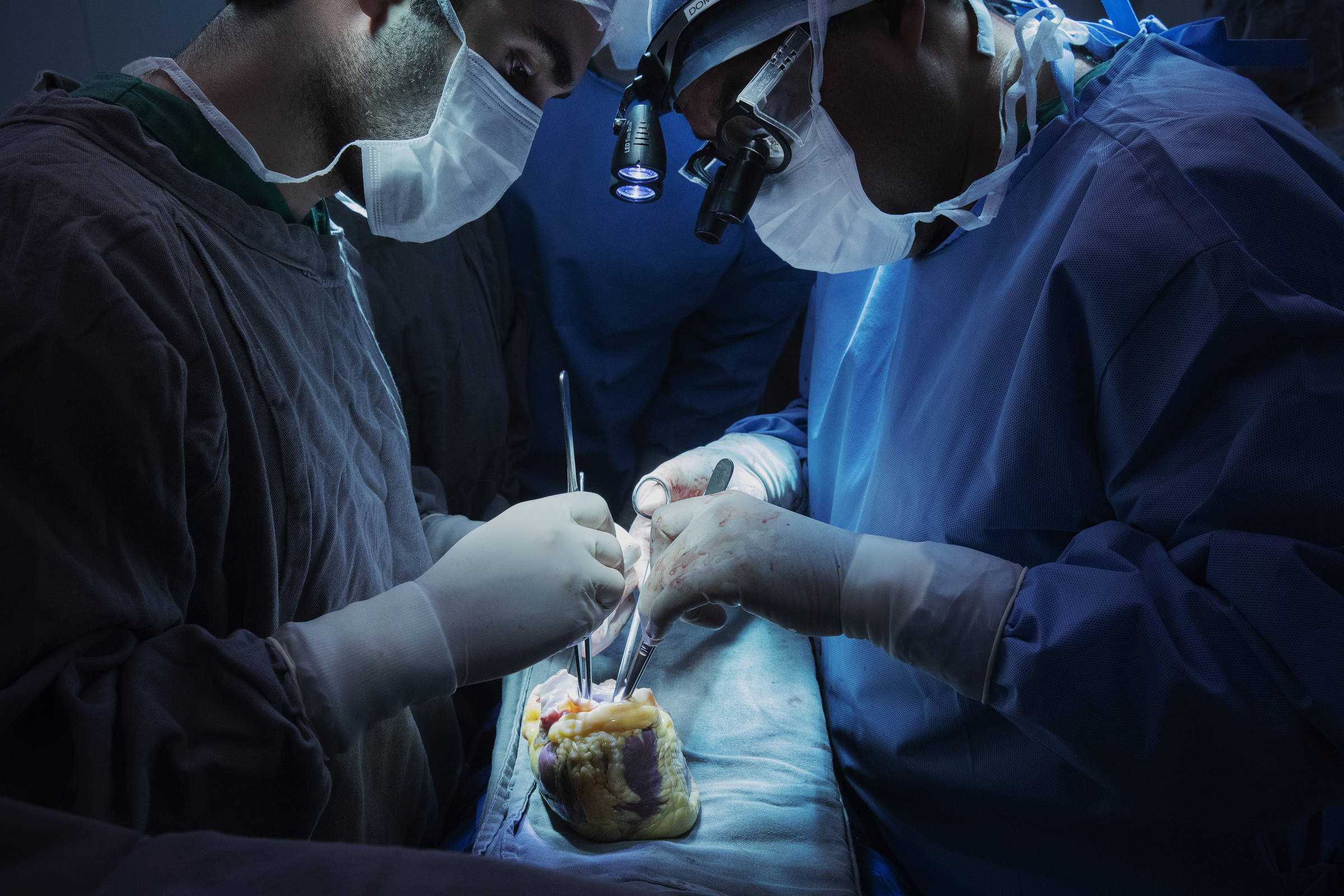 A group of researchers from Brazil and the United States have developed a molecule that slows the progression of heart failure and even improves the heart's ability to pump blood.

Mice with heart failure treated for six weeks with the molecule, called SAMbA, showed not only a stabilization of the disease – such as current medications – since they still had a regression of the disease. The animals improved the capacity of contraction of the cardiac muscle.

Heart failure can occur as a consequence of a myocardial infarction, when an obstructed coronary artery prevents the blood supply from reaching the heart, it overloads the rest of the tissue. As a result, the organ reduces its ability to pump blood to the body over time.

The researchers have already applied for the patent for the molecule and its application in the United States. Finally, you can supplement or even replace current medications used for heart failure, most of which were created in the eighties.

The study with the description of the molecule was published in Nature Communications. The SAMbA name is an acronym in English for the selective antagonist of the Association of Mitofusin 1 and Beta2PKC. SAMBA has the ability to prevent the interaction between a protein common to the heart cell, Beta 2 protein of Kinase (Beta2PKC) and Mitofusina 1 (Mfn1), found within the mitochondria, the cellular compartment responsible for producing energy.

When they interact, Beta2PKC closes Mfn1, which prevents mitochondria from producing energy and, therefore, reduce the capacity of the heart muscle cells to pump blood.

"One of the important findings of this work was precisely this interaction, which until then was not known as a critic in the progression of cardiac insufficiency," said Julio César Batista Ferreira, professor of the Institute of Biomedical Sciences of the University of São Paulo (ICB-USP) and leader of the study. Ferreira started the subject's research in 2009, even during her postdoctorate in the Physical Education and Sports School of the USP with the Fapesp Fellowship.

Once the patent is filed, the researcher hopes that the molecule can be tested in other cardiovascular diseases, as well as heart failure, as it may have actions in pathologies such as hypertension.

"I suspect that the interaction between these proteins is generally a process preserved in other degenerative diseases that have mitochondrial dysfunction," said Ferreira.

In previous work, the team led by Ferreira at ICB demonstrated that the inhibition of Beta2PKC, which is excessively produced in the cell with heart failure, improves the cardiac function with insufficiency. However, the intervention prevented other functions of the protein, beneficial for the functioning of the heart organ.

The novelty of the SAMbA molecule is that it selectively inhibits the interaction of Beta2PKC with Mfn1 present in mitochondria. The other interactions are still happening.

To explain the difference, Ferreira makes an analogy. The heart cell would be like a company with several rooms. Beta2PKC passes through the corridor of this company and enters different rooms, interacting with those responsible for the corresponding sector to carry out their work.

However, each time you enter a specific room (the mitochord), the office boy (Beta2PKC) prevents a specific manager (Mfn1) from working. In the first molecule developed by the group, it was as if the doors of each room were closed. The office boy did not open the mitochondrial director, but he did not enter any other room and the company (the heart cell) did not work harmoniously.

What SAMBA does is prevent the interaction of Beta2PKC with Mfn1 from being present in mitochondria. "It is like closing only the door of the room where the office boy has not entered, leaving it free to enter the others, keeping the company in full operation," said Ferreira.

To reach SAMbA, tests were performed with recombinant proteins, cells, animals and tissue samples from human hearts with heart failure.

Next, SAMbA was tested in human cardiac cells. In addition to curbing the progress of the illness, such as the drugs currently used, the molecule has improved the contracting capacity of the cell (essential for pumping blood from the heart to the rest of the body).

Finally, the researchers induced myocardial infarction at rats. After a month, the heart had a photo of heart failure. Each rat received a device under the skin, called the osmotic pump, which released small amounts of SAMBA, or a substance that was used as a control for six weeks.

Unlike the mice receiving the control substance, those who received SAMBA not only blocked the disease but also an improvement in the cardiac function.

"Current drugs slow down the progression of the disease, but they never do it. What we show is that, by regulating this specific interaction, progression is slowing down and continues to lead the disease to another stage lightweight, "said Ferreira.

The next step is to make the SAMBA molecule available to other research groups in order to test it in different diseases and experimental models. In addition, the interaction of the molecule with other medicines that are currently used in the treatment of heart failure must be tested.

"Validation and reproduction of findings from other groups are critical in the development of SAMBA as possible in heart failure therapy. For this, it is necessary to search for private and public sector partners," said Ferreira.

Cardiovascular disease annually kills 17.9 million people, 31% of all deaths worldwide, according to the World Health Organization. In general, myocardial infarction and heart failure are important factors of morbidity and mortality.