We know that Samsung has been preparing a new 4G version of the Galaxy S20 FE since early April and now, again, another loser reinforces that the new model will be launched with Snapdragon 865 Plus. The information is complemented by the revelation that Samsung is too ending production of the Exynos 990, processor that equips the current 4G model of the Galaxy S20 FE – available in Brazil.

The replacement is curious, as Samsung rarely stops making a processor while its smartphone is still being sold and is preparing another version of the same smartphone to continue offering itself to the public.

The new Galaxy S20 FE 4G is expected to be unveiled in the coming months with the aforementioned Snapdragon 865 Plus, Qualcomm’s high-performance chipset for the second half of 2020, but the rest of the specs are expected to be keep without major changes.

The new variant of the Samsung Galaxy S20 FE may be getting closer and closer to being launched. Following the technical information revealed by Geekbench, the device received FCC certification, the US organization that authorizes the sale of electronic devices in the country.

The Galaxy S20 FE 4G model that appeared on the FCC received the model numbers SM-G780G / DS, SM-G780G / DSM and SM-G780G. The documents reveal that the variant will come with a 4500 mAh battery with support for charging 15 W, even the phone will have support for wireless charging

According to previous rumors, the phone may come with 6GB of RAM. Also, we can expect the Galaxy S20 FE 4G to include a more robust version of 8GB of RAM.

With this certification, we can only wait for the official information and release date of the device.

As we know, Samsung intends to launch a new variant of the Galaxy S20 FE, this time instead of using the Exynos 990, the device should opt for a Qualcomm processor, according to sources recently reported that let’s talk about the Snapdragon 865.

Now, according to data revealed by the Geekbench platform, this will really be the chipset for the new Galaxy S20 FE 4G. The device passed a preliminary test with the numbering SM-G780G, it has 6GB of RAM and already runs Android 11 in the factory.

This set managed to score 893 points in the single-core test and 3094 in the multi-core. See the form posted on the Geekbench page below: 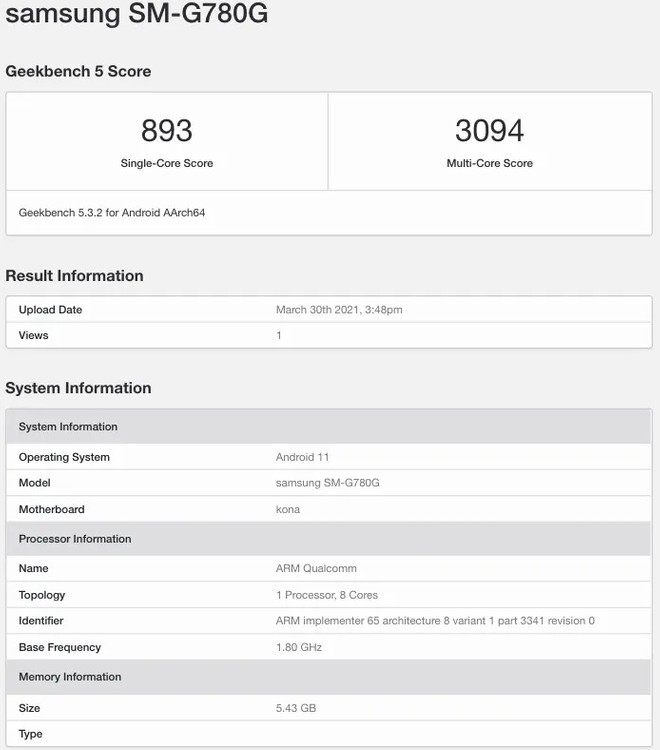 Shortly afterwards, Samsung itself ended publishing the device support page in the UK, Malaysia and the Philippines. That is, everything indicates that this new Galaxy S20 FE 4G can be made official in the coming days.

Needless to say, the change of processor should not affect the other specifications of the device, so we will still have a 6.5-inch AMOLED screen with an update frequency of 120 Hz, a 12 MP main camera and a 4,500 mAh battery with a fast charge of 25 W.

And it looks like the Galaxy S20 FE will win a new variant that for now is only identified with the SM-G780G model that has already appeared in an NBTC certification. However, today the site SamMobile noted new information about this new version, which should come with a Snapdragon chip, but without 5G, which should make it a little more accessible.

According to SamMobile, the new version should arrive without the 5G connection, but it would be a good alternative for those who do not want a Galaxy S20 FE with an Exynos chip, as Samsung processors have already had many heating problems in the Galaxy S20. and even on the screen of the Galaxy S20 FE itself with Exynos. 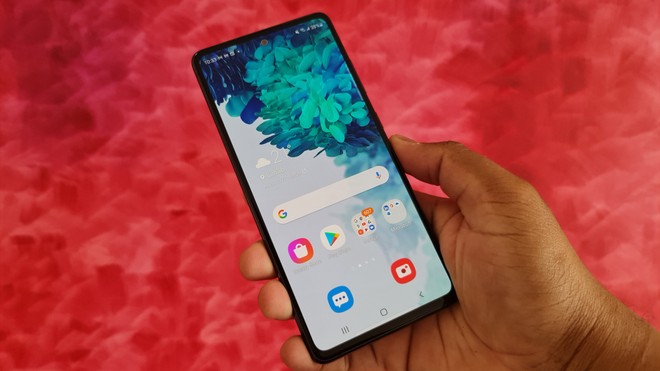 According to the website, the new Galaxy S20 FE LTE should come with a Snapdragon 865 processor, which is the same as the Galaxy S20 FE 5G, but this time will not include the Qualcomm X55 5G modem, different from the already released version .

In practice, this may make the phone a little more accessible, but the ideal is to wait to know exactly what should change in this new version.

A few weeks after passing the Wi-Fi Alliance certification, the Samsung Galaxy S20 FE mobile phone variant appeared in another documentation, this time at NBTC, which shows that the announcement is very close to happening.

This time, the device that serves the model SM-G780G it didn’t have great details on the leaked specs to complement the rumors, except that it has GSM / WCDMA / LTE connectivity options.

With this, this registered variant goes hand in hand with the models SM-G780G / DS e SM-G780G / DSM, which indicates that the models will have variations in the option of chips in the drawer, some will be double and others single.

Despite the new information, there is still no set date for the release, which raises public expectations in the coming weeks.

Samsung introduced the Galaxy S20 FE as an affordable flagship option by compromising on some details like the smartphone body, but maintaining high-performance features with a powerful chip, a 120Hz fluid display and high-end cameras.

Although the model sold in Brazil has already been analyzed in TudoCelular and the 5G version is intended for some countries in the international market, now the new information points to the existence of a third model of the same device. With Galaxy S20 FE you have the model number SM-G780F (being the one sold in Brazil) and the Galaxy S20 FE 5G has number SM-G781B, a new variant has been registered with Wi-Fi Alliance showing the code SM-G780G and claiming to run Android 11 from the factory, an update granted to current line models after release and which, in this release, would be released with the update.

Because the model is virtually identical to the common S20 FE, the differences are expected to be few due to the code. In addition, it has been verified that Google is also certifying variants with support for one and two transport chips.

The Wi-Fi Alliance certificate shows no further details, so we’ll have to wait a little longer until we can find out new information about Samsung’s plans for this new variant of the Galaxy S20 FE.