SBT admits "misunderstanding" and slogan "Brazil, likes it or leaves it" in the dictation 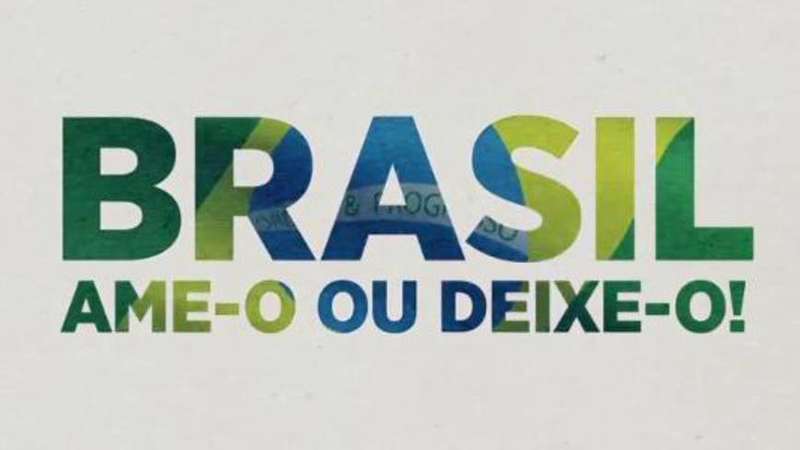 & # 39; Brazil, likes or leaves & # 39;. This is a slogan published by SBT on Tuesday, 6. The staff was first broadcast during the program interval Focalizing.

To the sound of the national anthem, the label was 15 seconds long. The term "Brazil, love it or leave it" was sent to opponents of military dictatorship in the country, from 1964 to 1985.

After a negative reaction to social networks, the SBT pulled the slogan out of the air.

"The station has made a mistake not to notice that it was very during the military regime," the official press release from the SBT said E+.

In social networks, netizens did not pamper and tarry the word "equalization" used by Silvio Santos.

misunderstanding forgets rice in fire, this is MADNESS MSM!

At the same time, despite the negative repercussions of "Brazil, love it or leave it," Bau has prepared a series of messages praising patriotism, along with songs and slogans of nationalist campaigns promoted during the reign of General Emilio Garrastazu Medici, one of the most remarkable periods of time.

According to a document sent by SBT, the idea of ​​vignettes is "conveying the message of unity, hope and optimism for Brazilian viewers and those who are not, but living in the country."

In the air since the eighties, the channel ended in the hands of Silvio Santos thanks to the concession by a military regime president, Joao Figueiredo. Arlindo Silva, who worked for 25 years with the owner of the SBT as a journalist, director of journalism and spokesman for political campaigns, talks about the concession in the book Fantastic story about Silvio Santos.

Soon after the conquest of the TVS, the businessman created it Presidential Sunday, in which the events of the presidential agenda were announced. The program has been broadcast over twenty years.