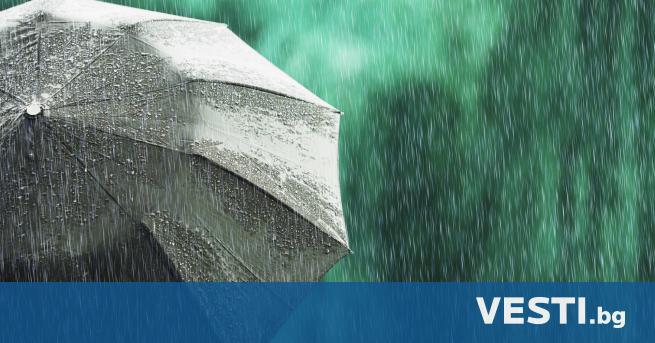 H Astronomical precipitation, precipitation and storms for tomorrow. Today we end the series of sunny and hot days.

Over the next 48 hours, we await a part of the rain, temperature drops and heavy storms. Tomorrow it will rain and shake throughout the day, the southern and eastern regions will be the most significant and intense phenomena, where the sums can reach 80 l / m2.

That's why warning about dangerous time in these areas is second grade.

In the rest of the country, the code is yellow and precipitation will be up to 40 l / m².

Durant On the next day it will prevail over cloudy and rainy weather. In the morning, on Wednesday, there will be temporary interruption of rainfall, the clouds will break for a while, but before noon they will rain again. It will begin from the west and cover most of the country. When rain falls, rain will begin to stop, but in the southern and eastern regions it will continue to rain during the night and Thursday, where significant amounts fall. The probability of storms and hail from southern Bulgaria is more likely. The wind will be mostly moderate from the northwest and with fresh air it will penetrate. The temperatures will drop and the maximum will be between 21 and 26 degrees, higher in the extreme regions of the southwest.

The atmospheric pressure will be slightly lower than the average of the month. On Wednesday, on the Black Sea coast, precipitation will stop and, in the afternoon, temporary tears will occur. In the afternoon it will rain again and it will continue raining with interruptions during the night and Thursday. The wind will be mostly temperate north-northwest, after noon will be rotated temporarily from south-southeast. The maximum temperatures will be between 23 and 26 degrees, like the temperature of sea water. The emotion of the sea will be 2 bullets.

Above the mountains it will be cloudy and rainy, there will be some storms. The conditions for mountain tourism will be unfavorable. It will blow in a temperate north-northwest area, open high, strong to a stormy west wind. The maximum temperature at a height of 1200 meters – about 19 degrees, at 2000 meters – approximately 12, lower in the Balkans.

Thursday will be windy and relatively fresh. There will be variable, more significant clouds before noon to the east and after noon, above the mountainous areas, but only in some places it will rain. The current maximum temperatures will be between 22 and 27 degrees. Friday will be cloudy and almost without rain, the wind will lose weight.