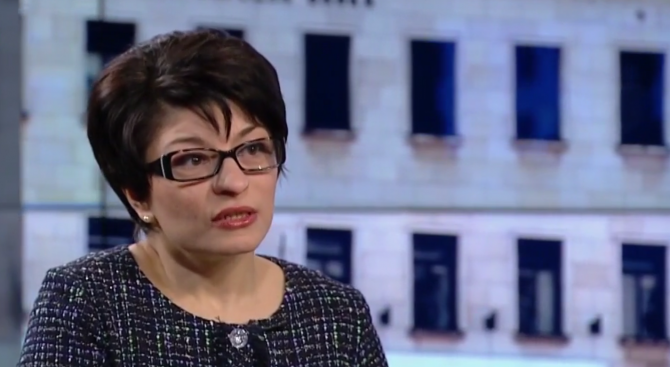 Many things were heard during yesterday's party congress, but especially pathetic discourses that seemed paradoxical. Paradox is Ninova talking about democracy that talked about how it took us. It is a paradox to talk about the rule of law, and at the same time its supporters explained how the People's Court was a necessity. It was also a paradox that this privatization wanted to prohibit privatization. In general, yesterday, there were many paradoxes. Thus, the 49th Congress of the Bulgarian Socialist Party (BSP) commented on the representative of the GERB party Desislava Atanasova

Desislava Atanasova was born on October 8, 1978 in Dulovo. He is a lawyer by profession. She's right, to the study of the National Television of Bulgaria.

"Elena Yoncheva is accused by the Bulgarian Prosecutor's Office, not GERB. They talk about the condition of the state and are attributed to state institutions. I can not agree with the statements Bulgarian institutions make contractually," he said .

Regarding the information on Yoncheva about corruption in the government, Atanasova noted that the issue was overexposed.

"There are institutions in Bulgaria, there has been, there is legislation, so if Yoncheva reveals some schemes, who will inform if all the authorities in our country are corrupt? I think the issue is exhausted and I still do not know that Mrs. Yoncheva has Presented an official alert for some of its complaints or investigations, "commented Atanasova.

"Everything is used in a pre-election campaign, it's normal, but we are talking about repression and similar things, and all the sins attributed to GERB are frivolous. If there is really a repression against the opposition, it will be the BSP capable of doing the television of the party? This is already becoming hysterical and, in addition to rejecting the citizens of the electoral process, another will not do it ", explained the GERB parliamentarian.

"We have a clear management program that works strictly. I do not think there are early parliamentary elections," he concluded. Desislava Atanasova

Desislava Atanasova was born on October 8, 1978 in Dulovo. He is a lawyer by profession. She's right,.