Elena Yoncheva: Boiling Banov has punished in the state with 700,000 leads – Bulgaria 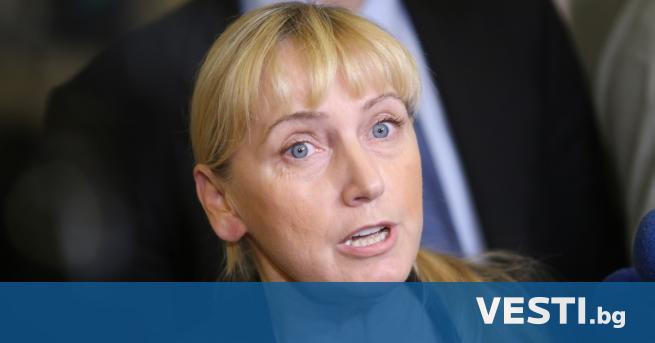 MP BSP for the Bulgarian Election MP, Elena Yoncheva, told a press conference at the headquarters of the party that, as Deputy Minister of Culture, boasting Banov has punished the State with 700,000 leads.

"As Deputy Minister of Culture, Boj Banov negotiated plans at the expense of the state,

giving instructions on how to prepare documents for the construction of an object – "Largo", cultural and communication complex "Serdika" stage 2-3, "Yoncheva said.

At the press conference there was also a telephone recording, which reveals how Boil Banov

lose at least BGN 700,000 for the construction company,

"Banov in a telephone conversation that begins with" Alo, … Banovo "gives instructions on how to forgive the documents in order not to collect the status of 700 thousand Levites, conversations with an independent auditor and with the head of the company negotiating how to synchronize documents so as not to pay the company the penalty of the State due to the delay, "Yoncheva said.

The surprising thing about this conversation, according to Yoncheva, is the ease with which the current Cabinet minister Borisov negotiates plans to the detriment of the state.

"The Affair" Alo, … "I Bambov" is an example of how the Bulgarian state is working today ",

The registration was carried out by an MC employee who was present at the talks. "It was because the employees were placed in an illegal plan, and the record suggested that one day they could defend them," Yoncheva said.

He said he had also interviewed one of the employees who attended the conversation with the Deputy Minister. "Now this employee wants to remain anonymous, but is willing to declare to the competent authorities," said Yoncheva.

Elena Yoncheva commented that the issue "Alo, … I Banovo" is not the scheme of Mr. Banov, is a scheme of Borisov's government,.

"This is the way Borisov puts his subordinates. The more dependent they are, the more they have the opportunity to increase," he stressed.

The BSP will send signals to the Prosecutor's Office and OLAF.

The press conference is the fulfillment of the promise given by Elena Yoncheva to reveal data on corruption in the government and at the highest levels of power.

to the data provided by Yoncheva and ordered the immediate verification. He was assigned to the Specialized Prosecutor in view of the quality of the person to whom the data and allegations of corrupt practices were presented, which resulted in a simplified BGN penalty of 700,000 for the contractor.

Nowadays all the documentation will be required for the completion and execution of the contract for the construction of the "Largo", stage of cultural communication Serdika 2-3. The extracts will also be delivered by the people involved in the case.

He also commented on the subject with the words: "The Ministry of Culture does the order and the municipality of Sofia has no relation to the case."

Former Minister of Culture and current deputy of GERB Vezhdi Rashidov said: "I have signed an agreement to access the court for this default value for a period that is not respectable. Second instance waiting" is to speak, I have responded. For all the rest, the questions are for another.

"Now I have checked with the Legal Directorate – I signed it immediately. After returning to Germany, I signed an order to file a lawsuit and pay a penalty for delayed time," said Rashidov. "There have been European experts and all the auditors on the subject. This is a delay for the builder," he added.

Mercedes has announced its most powerful production model

Robert’s show! Levski slaps Beroe and is in the quarterfinals of the Cup! – BG Football – Bulgarian Cup