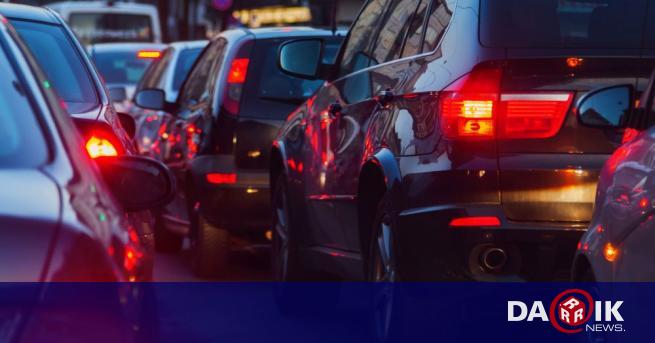 If we did not pay the vignette, we will not be accepted for technical inspection or leave the country. This foresees new changes in the Road Traffic Law proposed by the GERB Deputies. The changes are focused on more efficient collection of fees and the upgrade of the current regime, explained Darik Stanislav Ivanov, deputy. According to him, if the changes are accepted, they will be operational as early as next year.

The main idea, according to Ivanov, is that people who are caught driving without paying a vignette will not be punished, as they did before, and that they will first get the opportunity to pay the so-called. Compensation fee.

Important for drivers: On the road, cars are changing

Provided Vignettes should be electronic rather than stickers, kNow, he can buy from special centers:

"There is nothing for drivers to change, just tighten some control relative to collection of tolls, before leaving the border. This is a very important thing that all road users in Bulgaria need to know. Namely, if they have unpaid API fees, these fees will have to be paid by them before they leave the country. When the car leaves the border crossing, it will check that there are such obligations. If such obligations exist, these obligations will be undertaken towards him. He has the right to appeal if he wants, but will not be able to leave the country. This is something very important, which is being introduced for the first time in our country, because so far electronic documents of CTK are called or not paid, and trucks or cars can leave the country. This is no longer possible due to the introduction of this system. Will be quite serious changes in the Customs Agency, Border Police, Traffic Police, Executive Agency. But they're aiming for you to collect debts from the debtor"Ivanov said.

Goranov: Between 6 and 10 BGN will increase the old vehicle tax

"When the driver decides to cross the border and leave the country, then he will check. We even have an idea, at the beginning, when this system starts to work, to do it check this before the border crossing so you can know who is right and who is not. And those who are not, can go and pay their money, not to build cars at the border, "he said.

Ivanov added, čthe new regime will result in a much more efficient debt collection by irregular drivers. If, for example, violations are detected at the exit, predicted changes direct payment on the spot,ooe it will not lead to the drafting of the act.

Payment of collection leads to an exemption from administrative and criminal liability and this is explicitly recorded in the project. According to MP, it is not possible to cross the border because the system was well designed and the representatives of the institutions would be coordinated with each other.