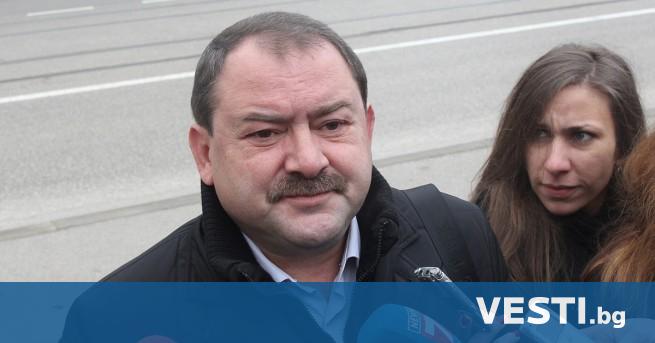 C The district municipal court sentenced a year to a three-year probationary period for Judge Appeals Court of Sofia, Veselin Pengezov. The others accused of the case, who were attracted by the assistants and accomplices of Pengezov, were acquitted, since the court used the clemency mechanism and others did not have evidence to prove their guilt and complicity.

Crime that Pengezov was condemned today is that he did not adjudicate a public contract as president of the Military Appeals Court, which had serious consequences for the court. Due to its action, the financing has been suspended under the operational program Administrative Capacity (OPAC). Along with Pengezov, six other defendants were accused of having presented false data to OPAC to receive money in a European project.

Minutes after listening to his sentence, Judge Pengezov commented.

"Total misunderstanding of the offense according to article 387. Total misunderstanding of the text. Damage is restored. They recovered unverified amounts from the Ministry of Finance. What damage has it caused?", Va Say, adding that he will appeal the verdict. "The goal is achieved. Still, someone had to be condemned throughout the case, since everyone was justified. The case was for me and for me. It was an order of Delyan Peevsky and Sotir Tsatsarov "Pengesov said.

The Prosecutor of the city of Sofia also expressed disagreement with the ruling pronounced by Snezhina Koleva.

"We have a 15-day protest period. I want to protest," interrupted the law firm Lyudmila Nikolova.

Veselin Pengesov was in charge of the main judicial institution before being accused. There was an elimination, but two years have passed since the last changes to the 2016 law allow magistrates accused to have justice if their accusations are not related to their work. The investigation began in 2010, but for four years it was filed against an unknown author. It was not until the beginning of April 2015 that the prosecution against Pengezov was submitted to the court. At first, the defendants had seven, but by the end of 2016, the accusations against the head of the Oresharski cabinet, Maria Divizieva, fell due to expired prescription.