Plevneliev lost his property – even in Greece, he gave everything to his children (graphics) 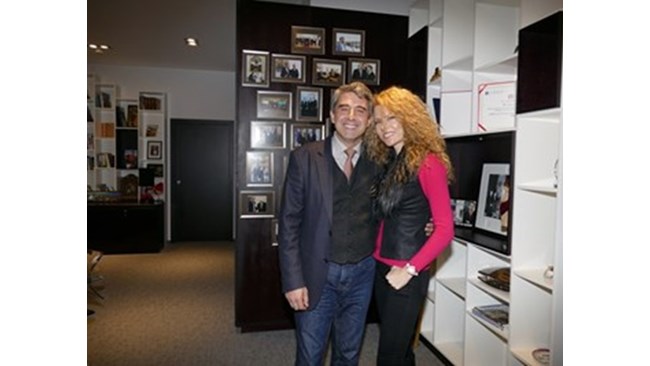 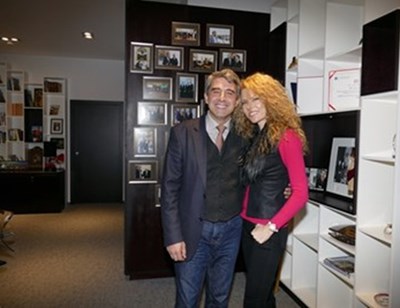 President (2012-2017.) Rosen Plevneliev with his wife Dessy Banov-Plevneliev in his office, who is legally appointed after the end of his term. It is located in the Technological Park of Sofia – one of the complex that it has built. PICTURE: Pierre Petrov

The president occupies two adjacent houses Sofia, for whom she has the right to life

Villa in Banja is sold a divorce with the ex-wife Iulian, for to cover the costs of separation

What Plevneliev works after the president's term – see chart

President of the Republic (2012-2017) Rosen Plevneliev has donated all his property to his sons from the previous marriage Paul and Assen. He transported four of his five houses, and the fifth in the village of Bania was sold to finance divorce with his ex-wife Julian.

This was announced to Plevneliev 24 hours ago to comment on a publication published by Bulgaria today on his tax return. According to her, the former head of state went to his new family properties in the villages of Chernomorets and Bania. "On the contrary, they are already property of my sons. I am still a minister in 2009 5 houses – two in the" Sofia Park " (the complex that built it – bg)one in Greece, one in Chernomorets and one in Banja – built from me, with taxes paid – now I have zero. All the houses I built went to the children – at my will and with the consent of my ex-wife. It is a very intelligent solution – do not share and have no disputes. I'm not the secret to anyone that I was divorced in 2017 before I met Desi. (West Plevneliev announced first and only ahead of "24 hours" in October 2017 – ba) I do not have properties now – like me, I am, "Plevneliev said yesterday for" 24 hours ".

Currently he lives in two adjacent houses in the Sofia Park, house number 99 and house number 100, with his wife Desa Bana-Plevnelieva, their son John, whom she gave birth on October 1, and her daughter, seven-year-old Joanna. Formally, these qualities belong to Asen and Paul, but according to the submissions, Rosen Plevneliev has the right to use them for life.

What is the President of the Republic in the last two years in the period 2012-2017, who today is one of the most active critics of the current Yellow Radev – "24 hours" collected information. "I continue to serve what I work for and through the mandate, which is: European development for Bulgaria and the region and a perspective for young people." In my term, I created 90,000 jobs in the three industries of the future: technology, cars and outsourcing, "he says.

See everything in the chart. Soon a big visionary interview with the President of the Republic will take place in the period 2012-2017!