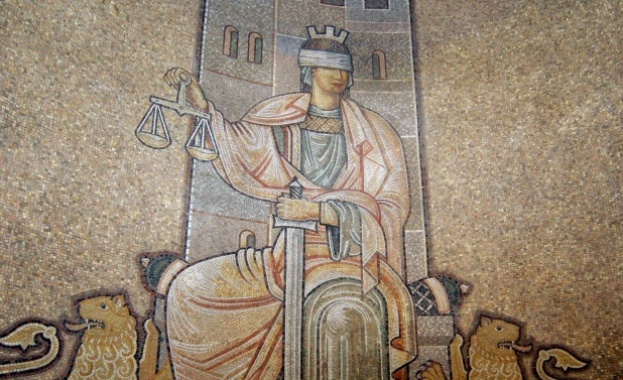 / CROSS / Official Executives Asenu T. south of the trial chamber of the District Court in Sumen, was sentenced to 2 years and 10 months imprisonment with a five-year trial period. This was announced by the press office of the Appellate Prosecutor's Office – Varna.

The sentence was pronounced after the indictment of the District Prosecutor's Office in Shumen by the accused for the misuse of BGN 243 073, which is to a large extent two criminal offenses to avoid the establishment and payment of tax liabilities in particularly large amounts, continued crimes. The general punishment designated by the Court joined the deprivation of Asen T. to practice for a period of three years from March 28, 2017.
Six civil claims for BGN 55,050, which the accused must pay for pecuniary damage to companies and individuals, are also respected. Assen T. was ordered to pay the Ministry of Finance a sum of BGN 50,774 and BGN 15,886 in relation to the successful claims of the state together with their legal interest to their final payment, as well as the costs incurred in the pre-trial proceeding on the account of the Ministry of Internal Affairs and the Shumen Regional Court.

The case against a 48-year-old private executor is under special surveillance at the Appellate Prosecutor's Office in Varna because of his nature and the gravity of the crime.
The Accused, who became a private offender on April 3, 2006. At the beginning of his activity he deliberately created chaos and disturbances in his bookkeeping, facilitating his future allocation of foreign money entrusted to protect and manage him.

The Council of Private Executives was not missed by his actions. By the decision of the Disciplinary Board, he was initially punished with a rebel, followed by two fines in the amount of 1000 leva. When this did not have a disciplinary effect on Asen T.'s activities, he was fined with money in August 2013 with 10,000 leva, and only four months later with the second decision of the Disciplinary Commission he was punished by the "Warning on Temporary Deprivation of Freedom" capacity.
Assen T. he opened a special account for the liquidation of the debtor's assets in two banks. Amounts were created for satisfaction of creditors' claims. These onesby law, can not be used for anything other than the payment of claims by creditors.

After removing Asena T. from a commission appointed by the president of the district court in Sumen, the private executives archive transferred it to another private executor in Sumen. Only 485.77 leva was found at the cash desk. Signs of missing funds have begun. The new private executor found numerous injuries with the amounts allocated in various execution cases.

The conducted verification showed that in 18 cases of execution the accused Asen T. could withdraw from special accounts of the cashier or transfer to his personal accounts the amount of 243 073, 97 BGN. The report on the forensic assessment report is over 10 pages long, and there are several days when Assen T. several times withdrawn from a special account based on "operating expenses" or without indicating what would be spent on funds intended solely to meet the claims of creditors.
His criminal activity was not limited to major tasks. In spite of the significant monetary income from his business as a private executor, he did not declare a part, and hence he hid tax liabilities that are particularly large for the financial years from 2010 to 2014.

Asen T. he recovered some of the money he had taken from the debtor and creditors, indicating that the funds were taken away from him. From this criminal proceeding, the District Prosecutor's Office in Shumen singled out more than 2,000 cases of execution by the private executive prosecutor to the accused to be checked.
The case contains 94 books. During the pre-trial proceedings, 61 witnesses were examined and more professional opinions were made.
The judgment of the District Court in Sumen is subject to a protest and an appeal before the Appellate Court in Varna.