Scandal in BDZ is due to SANS signal for abuse; The prosecution launched Elen Jonchev in the KKB withdrawal 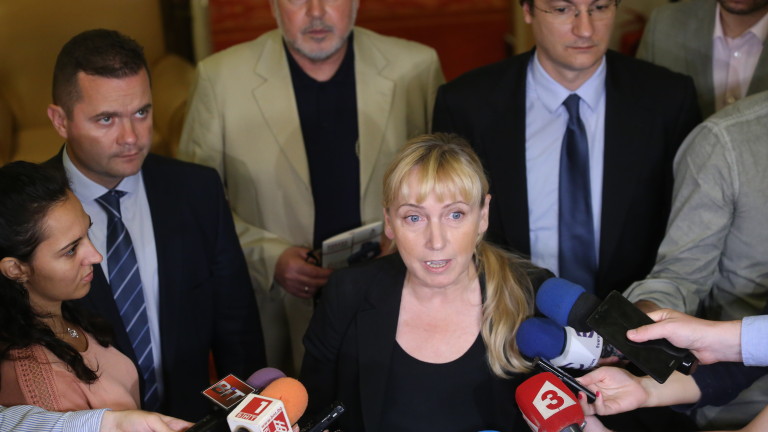 The BDZ scandal is due to the SANS signal for abuse

The SANS signal for the abuse of railroads sent without the knowledge of Minister Rosen Zheliazkov led to today's resignations of BDZ leadership. That's what the minister said at the press conference. Earlier today, the traffic department announced that Veling Zancev, executive director Vladimir Vladimirov and the financial director of the branch Philip Alekiev had applied for leave. This was done with the insistence of Minister Željžkov. A few days ago he had a meeting with three. They assured him that everything in the BDZ was fine – there is no problem with the schedule of trains, locomotives and wagons are in good condition for the winter season. Their work only prevented constant appeals against public procurements, they told Zheliazkov.

The prosecution launched Elen Jonchev in the KKB withdrawal

Investigators suspect that Doni is money laundering, previously used by Corporate Commercial Bank. According to them, there is sufficient evidence that in 2012, a joint offshore company from the British Virgin Islands was made, which transferred to the accounts of the new company over 650,000 BGN from the CCB. The violation was under the control of the accused in the event of the bank being taken away, the Prosecution announced. They did not specify whether it was Tsvetan Vasilyev.

The investigation against Ioncheva appeared six years after the alleged crime and 4 years after bankruptcy. Over time, the prosecution had information about the joint company of Ioncheva and offshore Dali Trading Limited. The investigation, however, began only this year after a signal from the GERB deputy. Why it's so long is not clear.

There will be no referendum on garbage in Sofia

The City Council in Sofia rejected a request from 15 municipal councilors to hold a local referendum on the construction of a refueling plant produced by the waste factory.

After three hours of deliberation, the proposal was rejected by the majority on the grounds that such a referendum was illegal, as research can not be carried out on budget-related issues. 16 councilors from Political Group 5, BSP, DSB and "Normal States" voted for the consultations.

The head of the Ecological Commission at SOCC Lorit Radeva reminded that for 11 years the topic of construction of the plant, which will produce heat and power for 70,000 households, is discussed for 11 years. "There is no place for scarecrows, Sofia goes into a modern and environmentally friendly waste management solution," Radev said.

The European Commission (EC) has decided to file a lawsuit before the Court of Justice against Bulgaria for failing to ensure the proper transposition and application of EU legislation on railway safety.

The Directive requires Member States to set up an investigative body which, in its organization, legal structure and decision-making, independently of railway undertakings, infrastructure managers, charging bodies, infrastructure allocation bodies and an authorized body, as well as any party whose interests may be in conflict with the tasks entrusted to the investigating authority. In this respect, Bulgaria did not ensure complete transposition and implementation of the Directive at the national level.

The aim is to ensure the development and improvement of rail safety in the EU. Each Member State must ensure that the investigation of accidents and incidents is carried out by a permanent body involving at least one investigator qualified to act as a responsible investigator in the event of an accident or incident.

A 77-year-old woman detained in a police drug trafficking operation was released from detention. Tsvetanka Chavarska was in house detention because of her age and health.

According to speculation, the criminal group operated in the summer of 2017, and its leader was the grandson of the 77-year-old.