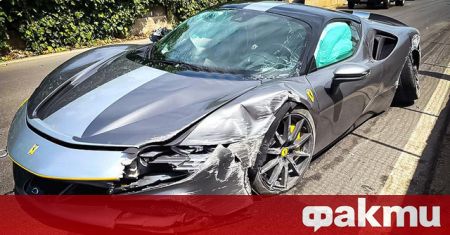 In Italy, the most powerful and expensive car in the current Ferrari range crashed: the 1,000-horsepower SF90 Stradale hybrid and an additional Assetto Fiorano package.

Judging by the photos and information about the hypermarket that appeared on Instagram, it crashed into a concrete fence, injuring its left side. However, it was probably preceded by another collision: on the right you can see a broken mirror and large cracks in the windshield.

The incident happened near the town of Ventimiglia, in northwestern Italy. As a result of the collision, the front bumper of the SF90 Stradale was damaged next to the driver, the fender was crushed, the headlight and the rim were also severely damaged. In addition, many scratches can be seen on the body and the two left wheels are rotated at an unnatural angle; apparently, the suspension is damaged.

It is not reported what caused the accident and whether there were any casualties. The broken hypercar is a test car for the press, as evidenced by the special license plates that Ferrari usually use for these cars. 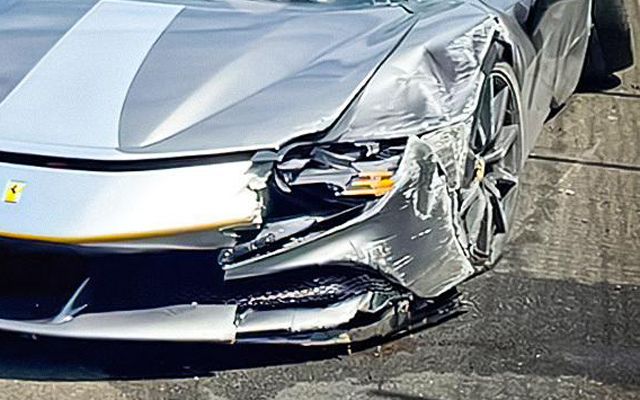 At the heart of the hypercar’s propulsion engine is an improved four-liter biturbo V8 engine that produces 780 horsepower and 800 Nm of torque. It works in tandem with three electric motors, adding 220 hp more. According to the “passport data” SF90 Stradale reaches 0 to 100 km / h in 2.5 seconds. The hybrid accelerates to 200 miles per hour in 6.7 seconds and has a top speed of 340 miles per hour.

This is not the first Ferrari SF90 Stradale to be damaged this year. In April in Houston, Texas, a train and a truck collided with railroad tracks and the truck was carrying rare supercars, including the Maranello superhybrid.

They moved the works to “Hemus”, released the money for the expropriation for 52 km

Maria Ignatova has revealed, here is who is in “The Masked Singer”