They looked at Hitro's station 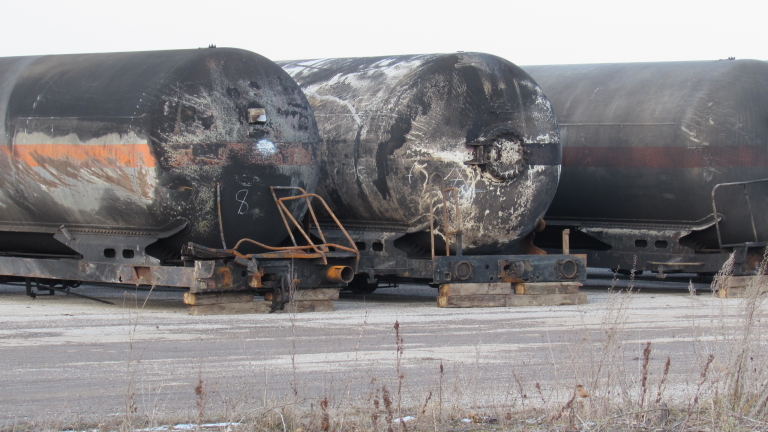 The court panel and the Hitro Party looked at the station, BNR said.

This is the second time in which The Shumen District Court goes through the courtroom in a relationship with the tragedy of Hitry from December 10, 2016, who killed 7 people and nearly 30 were injured.

They are watching the tanker at an outside hearing on Hitrine

According to private lawyers, the ignition source is in the stove

A survey by the National Railway Infrastructure Company (NRIC) A 3-hour window where they can not ride the rails.
All participants received safety instructions.

The witnesses requested by the carrier and NRIC showed work arrow five. The city was there The question is whether and how the arrow provides security for this path and They even tried to break the object to show their claims.

There was a controversy about the situation right after the incident, when all the witnesses performed joint control.

NRIC representatives were categorical even if the arrow is not correct, according to the defense, if the fatal train crossed 40 km / h instead of 78, the incident would not come.

Nevs.bg recalls that on October 25, 2017, the District Public Prosecutor's Office in Sumen brought to court indictment against two drivers, vozi voz – Dimitar Mihnev and Radoslav Petkov.
The defendants were driven by the train in violation of the rules.

On March 12, 2018, "Bulmarket" presented data indicating that it was not a high speed, but the unlocked arrow on the track was the cause of the tragedy. The company refers to technical expertise of foreign experts.
However, the Prosecution he refused to accept private company expertise as evidence.

Today, people from Hitrina did not dare to go to the scene and watch open meetings of the District Court in Sumen. Only Emin Salli, an auxiliary driver, whose daughter was completely blinded after the explosion at the station, went to the railroad.

The next court hearing is scheduled for November 15.

Additional expertise in the Hitrino case was requested by the court

Assess where the explosion occurred

We remind you that the composition of the train with the Bulgareth Bulk Bulb is also standing it exploded at Hitrino station on December 10, 2016. Seven people were killed, 29 injured.

As a result of the explosion, houses were destroyed, a strong explosion even erased the streets.
Hitrino is announced catastrophic situation, and across the country on December 12, was a day of mourning for the victims of the tragedy.

The prosecution does not accept the private expertise of Bulmarket

The private expertise version has already been rejected