Tsvetanov replied to Radev: It is not good that the president enters a "confrontational tone" – Bulgaria 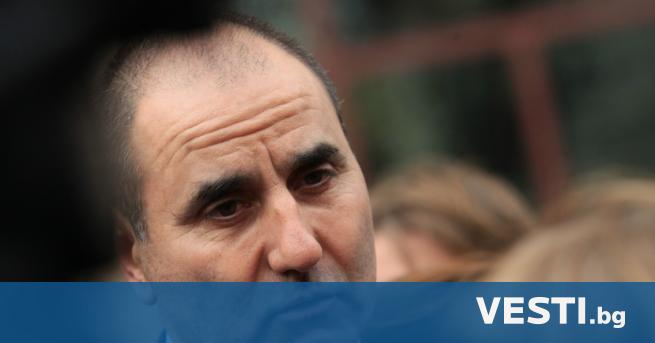 GERB Parliament Speaker Tsvetan Tsvetanov said today that it is not good for the president to enter a "confrontational tone" and to find coordinated actions by the head of state with BSP leader Cornelia Ninova.

"It's clear to everyone that he is the president of BSP". For the presidential institution, it is worrying that the president has entered this tone of behavior – denying everything, seeking an aggressive approach instead of building bridges, civil society, institutions, transparency, "Cvetanov said during the address of President Radev.

Radev: The foundation of Bulgarian democracy is critically endangered

"Today, the whole generation does not know what happened before 1989. The power of democracy is that everyone can independently define their own path, but when not examining a whole historical truth, it is difficult to form our opinion on the basis of the goal of reality at the beginning of transition, and if it would not have happened – today we would be much more democratic, more tolerant and would not have too much tension in society, "Tsvetanov said at the opening of the scientific conference" Communist projections totalitarianism in Bulgaria in the period 1944-1989. "

"With the advent of democracy, all Bulgarian citizens wanted to submit DS documents to a special committee created at that time. Unfortunately, there was no political will to do so, and most of the archives were even destroyed," he said. and explained that with the arrival of GERB and Boyko Borisov, the deficit of political will was abolished and that more than one million archives of the former SDS were handed over to the Commission in 2010.

Tsvetanov commented that today the young generation is experiencing all the good of democracy as a given and does not know who survived suffered from all the suppressed by the communist regime. "The government of Boyka Borissova had the political will to put communist history in textbooks and is already in the 10th grade curriculum. This is a positive step in informing young people about the regime at that time and preserving historical memory," said the deputy chairman of GERB.

Follow us everywhere and at any time with the mobile application News.bg. You can download it Google Play i AppStore.