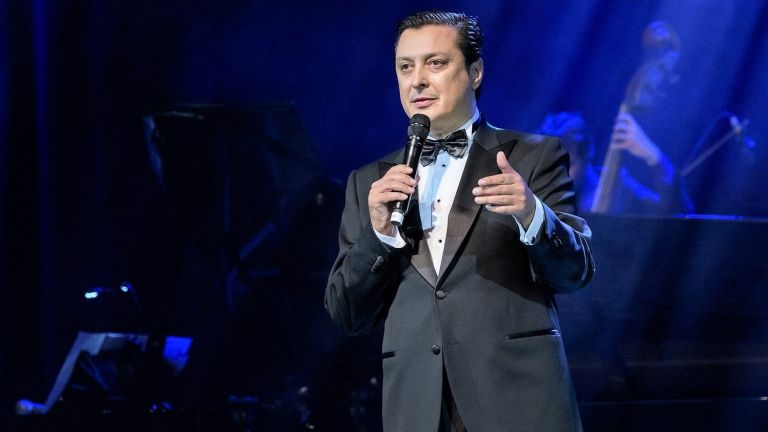 The legend of jazz Vasil Petrov gathered thousands of fans and congeners of VIPs on the show "Sinatra: Vegas" 2 in Hall 1 of the National Palace of Culture. Good music lovers, politicians, ambassadors, business elites and artists welcomed the singer and his special guests Mihael Filleva, Orlin Pavlov and Bruce Johnson, which led to an impeccable spectacle with crystal sound and scene effects. 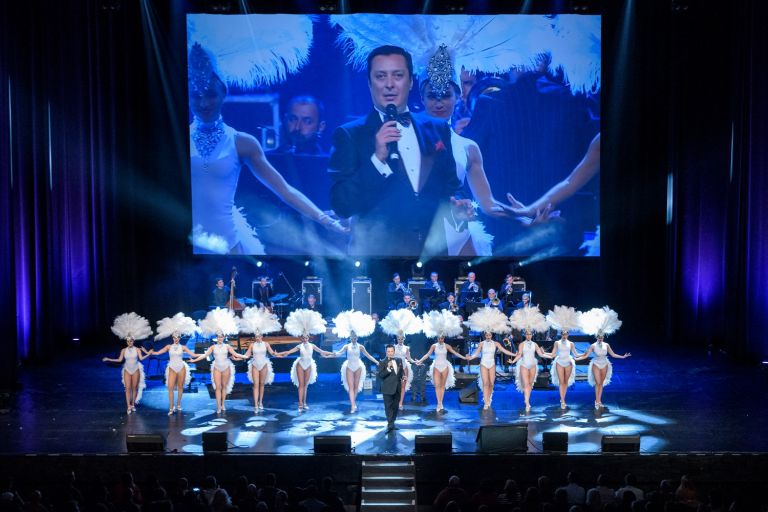 Balerini from the "funki monkeys"

Perfect choreography by Aleksandra Eneva and the direction of Rumenka Grigorova and Alek Bornaza have brought audiences to Las Vegas since the 1960s. 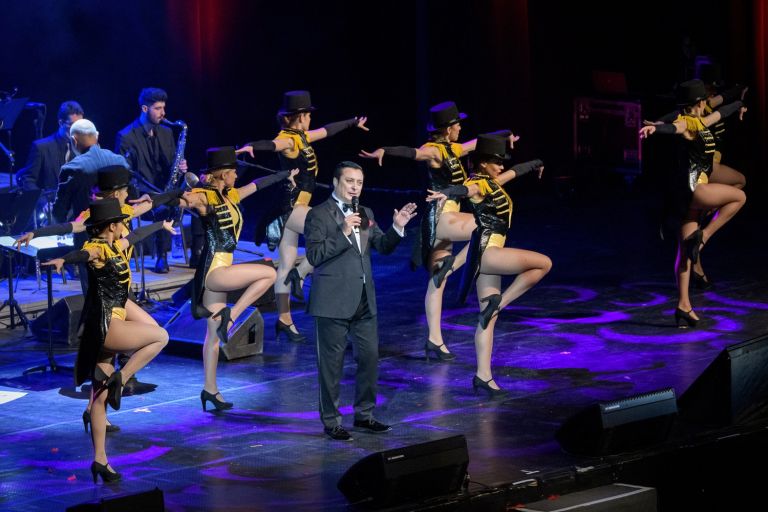 Vasil Petrov turned the NDK Hall 1 into an elegant jazz club for the second time with his virtuoso performances of the author's arrangements Frank Sinatra's eternal hits. In the first few minutes the audience saw on the big screen that the singer met a helicopter over Sofia, and the music theme of the movie "Mission Impossible" sounded in the hall. The performance continued with the artistic swing, jazz and boss novel accompanied by All Stars Big Band, led by Maestro Antoni Donchev. Aplauz followed Vasil Petrov after he left the stage and set off between the ranks. The fetishist atmosphere in Las Vegas completed a ballet of 12 outstanding ballerines perfectly synchronized with the cloud of lingerie, blindness and feathers. The girls changed dozens of bones in black, gold, red and white, designed by Kremen Halvadjian. 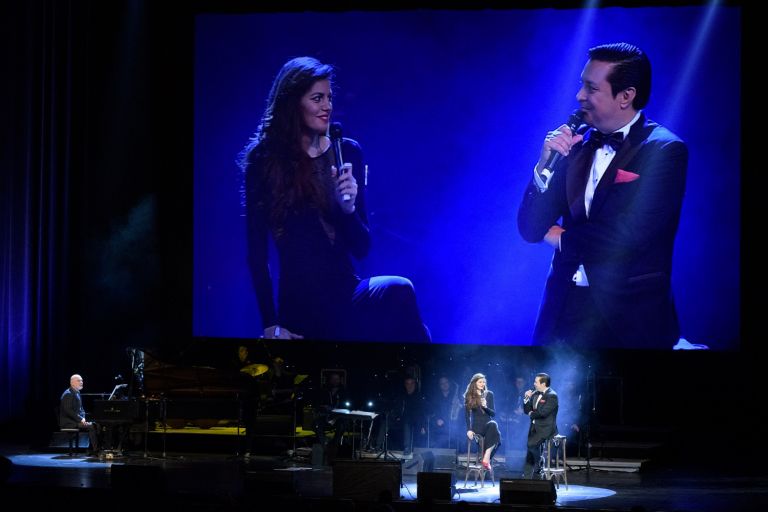 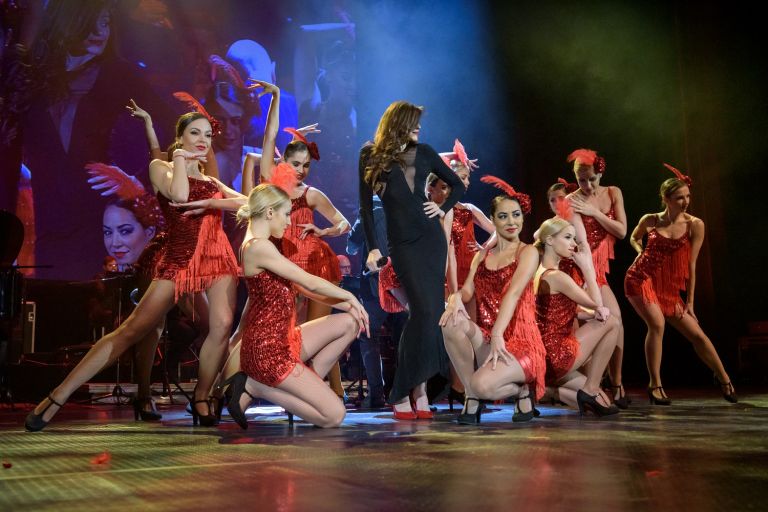 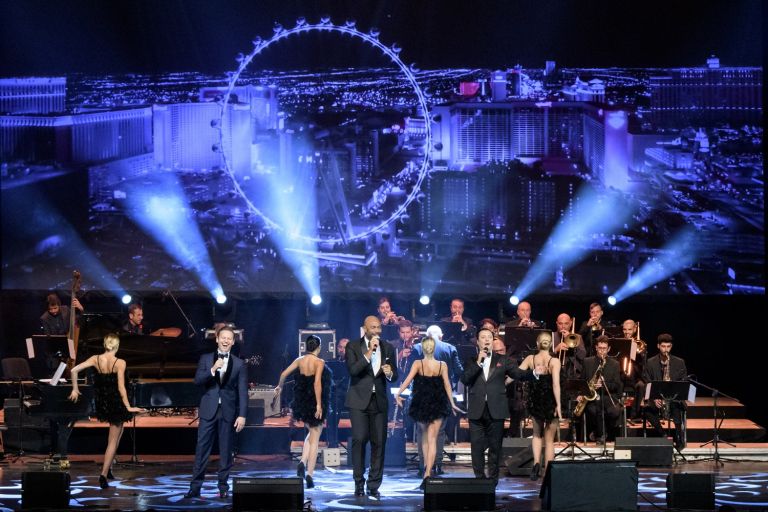 The musicians improvised and joked each other, and the audience sang with them the greatest hits of the sixties. Excitement peaked at arrival a little surprise event – talented 11-year-old Valeria Stoianova, who performed the classics "Everything around the world" in a duet with Bruce Johnson as he pays for the piano. The performance by his producer Margarita Tosheva surpassed the expectations of last year's edition with a new, more elegant repertoire, exciting set-up and emotional charge.
The evening ended with three bisse.