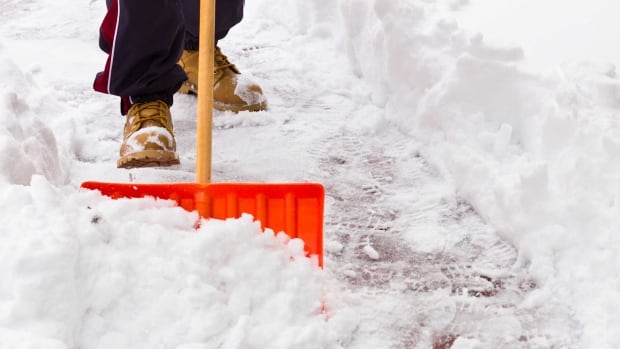 Hit that snooze button, central students – winter weather is letting you sleep in, or giving you the day off altogether.

"Absolutely winter is having its way with us today for sure," Allison Sheppard of Environment Canada's Gander weather office told CBC's St. John's Morning Show on Tuesday morning.

Snow is starting to hit the Burin Peninsula, said Sheppard, and it will continue through the day, with winter storm warnings in effect for the area.

"It's going to be pretty heavy," she said. "We're looking at amounts anywhere between 20 and 30 centimeters for them today before they taper to flurries this evening."

The Clarenville area looks much the same, although the snow will hold off until 8 or 9 a.m. Or so, she said. Snowfall is expected to be heavy at times, with anywhere from 15 to 25 centimeters today, and then another 15 tonight before the snow diminishes to flurries.

It's going to be a mess for everyone today.– Allison Sheppard

"Once that snow gets started, it's really going to pick up, so it's going to get messy quickly."

People can also expect strengthening northwesterly winds, causing blowing snow and reducing visibility. The winds will be gusting to about 80 km / h in most areas, but stronger near Bonavista and Clarenville and coastal regions, to about 100 km / h.

On the Avalon Peninsula, precipitation is starting on the south coast, then moving north – hitting the northern Avalon just in time for the morning commute – starting as snow and turning to rain in the afternoon.

Snow to rain and back again

"It's going to be a mess for everyone today," she said. "The commute this morning, it's just going to be picking up and then this afternoon it'll be some pretty heavy rain."

The Avalon will also see strengthening winds, with gusts to 80 km / h this evening and overnight. The rain should switch to flurries around midnight, she said.