First dinosaur cousin to the dinosaurs discovered in Antarctica 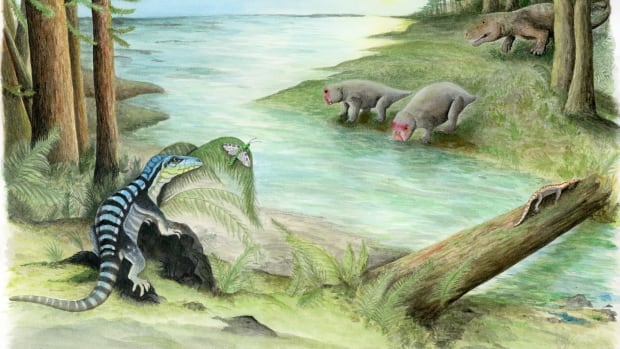 Imagine walking through a lush forest, trees that extend to the sky, scrub brushes that mark the landscape with the soft sound of a nearby stream of streams.

This is the Antarctic.

It's not the Antarctica we know today, but the one that existed 250 million years ago. Now, the researchers have discovered a primitive dinosaur with an iguana size that crossed the leafy wooded area.

Find yourself Antarctanax shackletoni, an archosaurus, an early relative of dinosaurs and crocodiles. Based on their fossil finds, researchers believe that Antarctanax was a carnivore of lizard size that was eating bugs, mammals and amphibians. 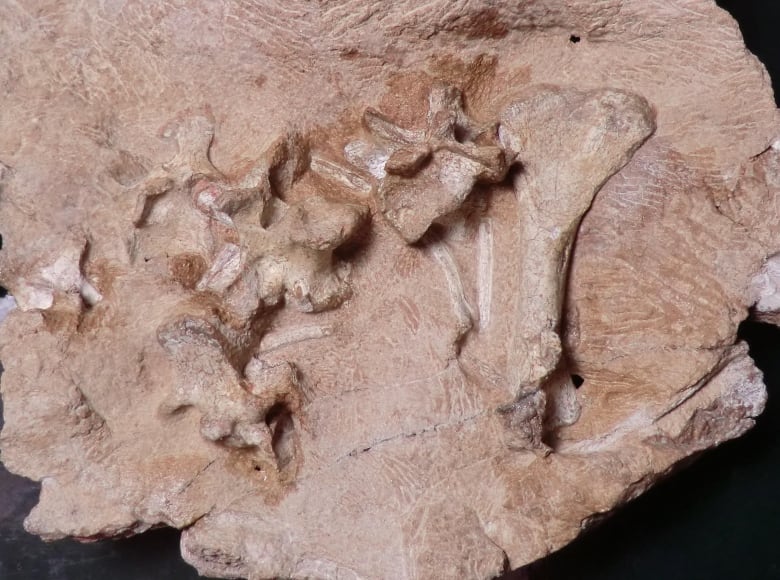 The vertebrae and the Antarctanax humerus are shown here in this well-preserved collection of the site. (Brandon Peecook / Field Museum)

While other archiometers have been found, the main author of the An article published in the Journal of Vertebrate Paleontology Brandon Peecook said that Antarctanax is particularly special.

Approximately two million years before the appearance of Antarctanax, the Earth suffered its biggest mass extinction event. More than 90 percent of all animal life was eliminated.

There is little evidence suggesting that many archiotists existed before mass extinction, during the geological period known as the Permian. However, in the following period – the early triassic – they were developed.

"They are very difficult to find in Permian [period]. We really have a poor record of them, "said Peecook." This is probably because they were not so common. "

After extinction, he said that the creatures were found in: Australia, Antarctica, South America, Africa, Europe and China. "Everywhere there is the Triassic rock of the day, they are there. In abundance."

This new discovery, as well as some fossils found above, is to teach paleontologists that Antarctica was the home of a very unique life.

Scientists had thought once because life evolved and prospered in this supercontinent that fossil records would show the same animals around the world. But that is not the case.

"The predominant thinking in the literature was what you found in Antarctica, it is a subset of what you would find elsewhere because everything was connected," said Peecook. "But the more work we have done … there are many unique lifestyles in the Antarctic."

It's not exactly the typical thought that paleontology is doing in what often people think like a frozen bean. But in the 1970s, fossils were found in the Antarctic.

So where exactly fossils are looking for in a region known for cold and snow?

"There are only two places: on the coast of the continent there are islands, and rocks have 60 million years of age or less," Peecook said. "There is only another place in the middle where there is this mountain range, the trans-Antarctic mountains that only appear above the ice at intervals like the toothed peaks that go down in a line." 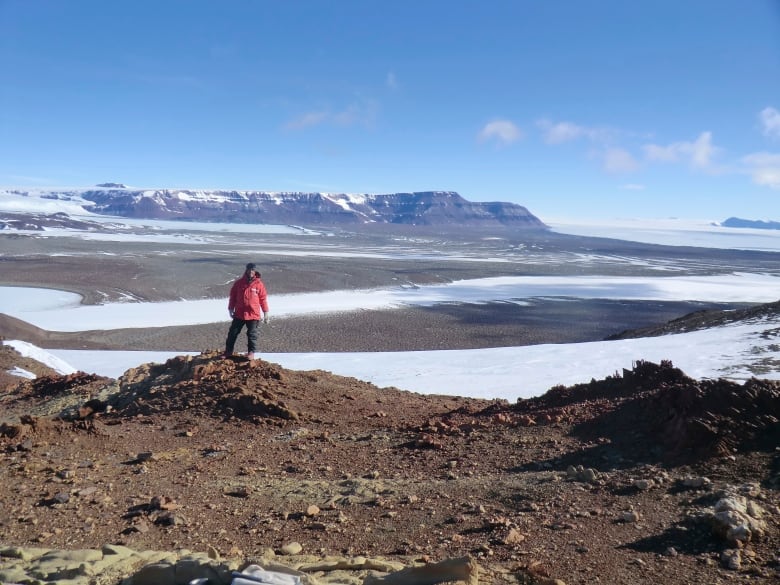 Thus, in December 2010 and January 2011, in the southern hemisphere summer, Peecook and his team ventured into the region to do an excavation. Helicopters had to take them to different locations. The weather was not very bad, he said, with temperatures that reach less than 0 C, although there was a couple of times the temperature felt -40 C with the cold of the wind. Still, it was worth it, he said.

Peecook looks forward to seeing more paleontological works from his peers in the region, or even going back to himself. It's a unique area that explores, he said.

"It's a bit more exciting than you could expect."