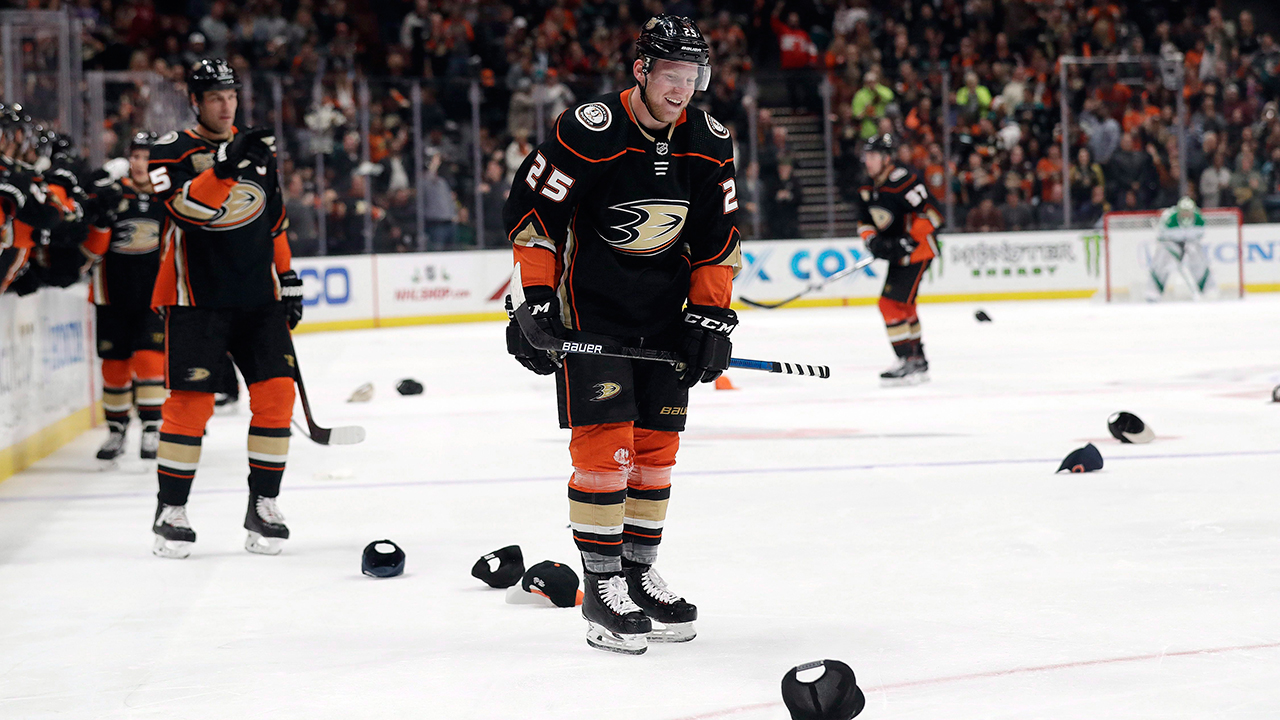 DENVER – In keeping with hockey tradition, a tip of the cap to honor Alex Ovechkin and Patrik Laine.

They've each recorded a hat trick of hat tricks this season.

Around the league, there have been 61 hat tricks through the first 770 games of the season – the most since 1995-96 (62), according to research by the NHL stats and information department. Leading the surge are Ovechkin of Washington and Laine of Winnipeg with three each.

Hold on to your hat, there's more: There has been at least one three goal scorer in 10 of the 13 days leading into the All-Star break.

"I think the reason why," Avalanche forward Mikko Rantanen succinctly surmised, "because scoring around the league is up."

Simple, yes But on target, too.

Naturally, hat tricks figure to go hand-in-hand with the escalation.

"It's exciting and not something everyone has done," said Nashville forward Austin Watson, who had his first NHL hat trick on Nov. 25 against Anaheim. "It's a cool achievement."

Long associated with cricket and soccer, the term hat trick seems to have made its way into the mainstream vernacular hockey when a Toronto businessman offered a hat to any player who scored three goals during the NHL game while visiting his town. As the legend goes, Chicago forward Alex Kaleta went into the store in 1946 and found the fedora I fancied, according to an NHL.com story. Only, he did not have the funds to buy it. The business owner offered to give it to Kaleta free of charge should he score three goals against the Maple Leafs.

These days, hat tricks come in a variety of forms. There's the natural one (three straight goals by a player), traditional (any three goals, sometimes culminating with a late empty-netter) and of course the "Gordie Howe" (a goal, assist and a fight).

The achievement of a hat trick has long been celebrated with fans tossing their hats on the ice. Ever wonder where all those hats go? The Avs, for one, donate the caps to the Denver Rescue Mission.

The fastest NHL hat trick took just 21 seconds by Chicago's Bill Mosienko (1952). The most in a career? Wayne Gretzky, who had 50. Ovechkin has the most of any active player with 23.

All the increased scoring means the feat may someday lose a bit of its luster. But not yet.

"It's a pretty hard thing to do," said Minnesota forward Jason Zucker, who had a hat trick on Nov. 9, 2017. "Scoring any goal in this league is a hard thing to do. To do three in one game is pretty incredible."

Ovechkin had two in a four-day window this season, while Laine had a pair over a six-day span, including a five-goal game on Nov. 24

Avalanche captain Gabriel Landeskog gave his first hat trick on Nov. 11, 2017, against Washington the royal treatment. He has the puck in a case with the game sheet and a picture. He said he does not have his puck from the second one, which happened a month later.

As for why there are so many hat tricks this season, Zucker has a simple deduction.

No need to convince Minnesota's All-Star goaltender Devan Dubnyk of that.

"Teams are discovering ways to create chances and figure out how pucks actually go in the net and not just thinking if you throw 50 pucks at the net that you're going to score a bunch of goals," Dubnyk said. "It's understanding how to create an offense. You can see it throughout the league this year. There's a lot of offensive creativity and it's making it hard for defences and hard for the goalkeeper."