Prohibits the use of out-of-service cannabis for Metrolinx workers extremely disappointing, "says the union 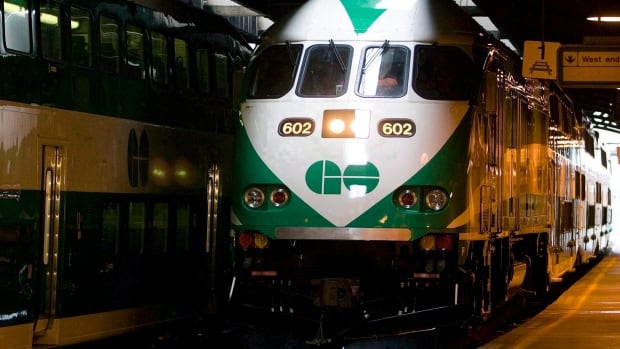 A new rule that prohibits some Metrolinx employees from using cannabis while out of service is criticizing the union that these workers represent, which plans to explore possible legal challenges to politics.

"This action by Metrolinx shows a profound lack of respect for men and women who work for it and dedicate their work life to public safety," read a statement sent by the Amalgamada Unión de Tráfico, Local 1587.

This week, Metrolinx updated its "Fit for Duty" policy to ban the use of cannabis by employees in "security-sensitive positions." The ban is applicable to those workers whether they are or not, the general director of Metrolinx, Phil Verster, said in an email statement.

"Recognizing the sensitive nature of the security of the operations and the workplace of Metrolinx, the Fit for Duty policy sets Metrolinx requirements, expectations and obligations with regard to the physical condition of the employees for the service," said the notice

"What will be the next, the ban on alcohol use unused?"

Chris Broeze, President of the Amalgamated Traffic Union, Local 1587, said in his statement that "it is extremely disappointing to see Metrolinx concentrate on the private lives of its members.

"Prohibiting the responsible use of marijuana does not serve to improve security. What will be the following, the ban on the use of alcohol-free consumption?"

Recycled cannabis use has been legal since October 018, and the union indicates that there have been "null incidents" that imply cannabis and security among its members.

John Di Nino, national president of the Amalgamated Transit Union, said that the "highly invasive policy" would probably apply to the vast majority of Metrolinx employees.

"My phone has been annulling the members who are concerned about how it violates their rights," he said in a telephone interview on Sunday.

Di Nino said that the review of the policy was completed with any consultation with the union. Your leadership will explore the possibility of fighting against judicial changes.

"Let's look at all the legal options and all possible legal challenges to protect the constitutional rights of our members," he said.