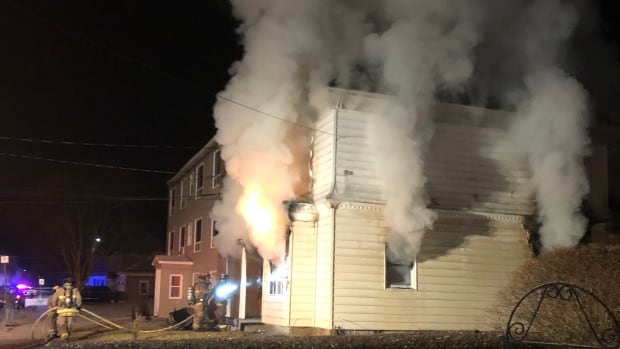 Four people have been displaced after a fire on Sunday morning in a Truro house that contains two apartments, says the Red Cross.

Volunteers are helping four adults with clothes, food and lodging, said the organization in a press release. Three people lived in one unit and another in the second unit of 51 Park Street.

Firefighters were alerted to a fire at the building at 6:15 a.m. Sunday and were suppressed at 7 a.m., Blois Currie chief of fire chiefs said.

Everyone in the interior when the fire began to escape unharmed thanks, partly, to the smoke detectors, Currie said.

He said it's too early to speculate on how the fire started.

"The building will be a script," Currie said.

Part of Park Street between Queen Street and Normandy Avenue was closed as the emergency teams responded.