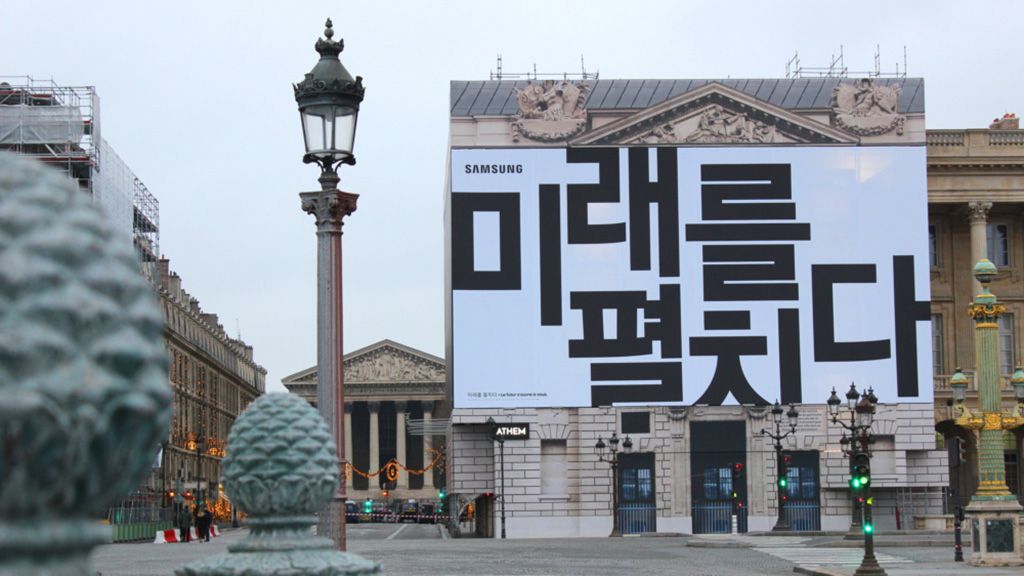 With the 2019 Samsung Galaxy Unpacked 2019 event scheduled for Feb. 20, you have always assumed that the next company Galaxy S10 The range of smartphones will be officially revealed to the conference.

Now, it seems that it will not be alone, thanks to some not so deceptive posters installed in the famous Place de la Concorde in Paris, France, it seems that Samsung's highly anticipated anti-slip phone will also be officially presented to the event .

Written in Hangeul, which is the South Korean alphabet, billboards read "미래 를 펼치다" and "이월 이 nati 일", which are translated into "The future unfolds" and "February 20".

The delicious messages without bribes from Samsung back up the previous claims that the Galaxy X (or the Galaxy F, as you know too) would make an appearance on the event, which will take place one week before the MWC 2019 .

As clear as this may seem, we can not confirm anything at this stage: you will have to adjust to the live streaming of Samsung, which will be hosted on its website, at 11:00 a.m. (2:00 a.m. to 7:00 a.m. GMT) on February 20 to see what Samsung really has at your disposal.