Surrey Six Mountie is found guilty of failing to trust, the obstruction of justice 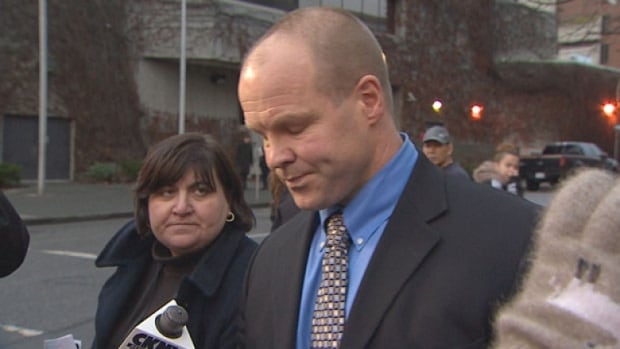 A former RCMP official has been found guilty of violating the confidence and obstruction of justice in relation to his misconduct in investigating the gangland's deadly trait in the history of B.C.

Derek Brassington, former sargent, entered into his guilty plea in B.C. Vancouver Supreme Court on Friday morning. He was also sentenced during the same appearance.

He pleaded guilty of obstructing justice by committing the integrity and security of a witness during the investigation of the Surrey six killings, which left six dead men on the 15th floor of a High on October 19, 2007.

At the time of the killings, Metro Vancouver was in the midst of a violent gang war dominated by a deadly rivalry between the Red Scorpions and the gangs of the United Nations.

Four of the men who were murdered were described by police who had criminal ties, but the other two were innocent.

Brassington sat directly in the prisoner's box with a dark shirt, leaning his head shaved against the glass shield. His lawyer shook his hand and slapped him on the shoulder before the procedures began.

Brassington was accused of a total of seven crimes in 2011, which also included fraud.

He resigned in 2013 after the accusations.

Six men were accused in connection with October 19, 2007, the features that were developed at sea in Surrey, B.C. and they left six dead.