The Canadian police charge young people after the terrorist probe 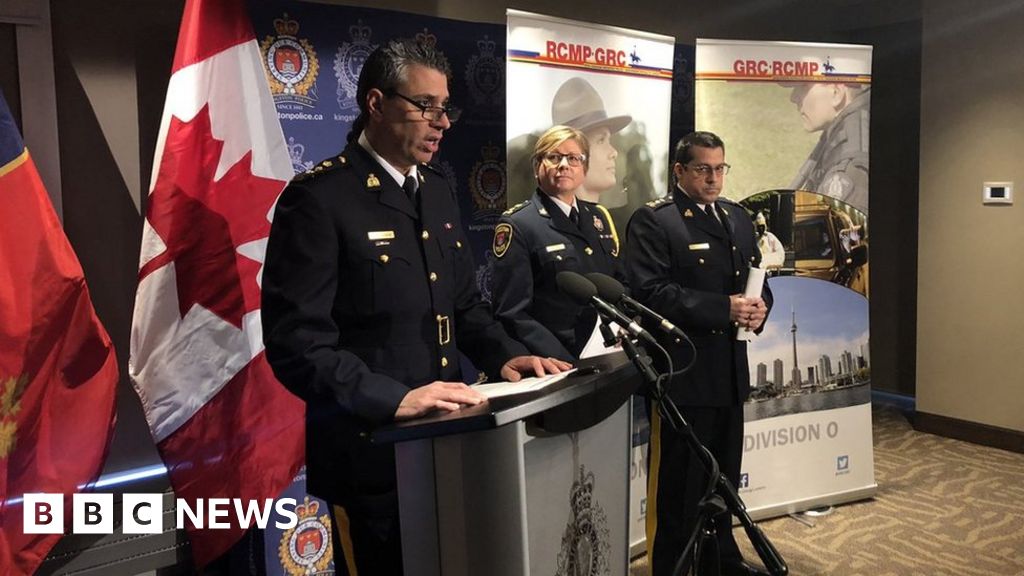 A young man has been arrested in Canada after a dismissal from the FBI in charge of facilitating the terrorist activity, officials say.

The resident of Kingston, Ontario, faces an additional count of advice to a person to plant an explosive with the intention of causing the death or injuries.

The police said that a small plane that had recently been flying over the city in strange hours was part of its investigation.

A second individual was also arrested, but later released without charge.

The youth and the second person, an adult man, were arrested this Thursday in Kingston, a city about 200 km (125 miles) from Ottawa, the capital of the country.

The authorities described the couple as friends.

Under Canadian law, the identity of a young person accused of a crime is kept confidential.

The US authorities indicated to their Canadian counterparts an "argument of a substantial and credible attack," although there was no target or scheduled schedule, the police said.

A house was evacuated on Friday early in the morning after the police found what it believed was an "explosive substance" that was detonated by police bomb squads.

Ch Supt Lesage called charges on "significant" Friday, but said there was no imminent threat to the community. The research is underway.

The second person was identified by the Canadian Broadcasting Corporation as a 20-year-old man from a Syrian family.

Kingdock Archdeacon Bill Clarke confirmed to the BBC that the family had arrived in Kingston as private refugees sponsored in the summer of 2017.

A coalition of local churches joined three years ago to bring a family of refugees to Canada.

Bronek Korczynski, one of the sponsors, told Reuters he was concerned that arrests could affect the perceptions of Muslims and refugees in Canada.

"This is a fear, because this is the type of badly informed reaction on the knee that puts any group in a possible bad," he said.

The federal public security minister said the country's level of threat has remained half since 2014.

Canadian Public Security Minister Ralph Goodale urged people on Friday not to reach conclusions about the case before the police had completed their work.