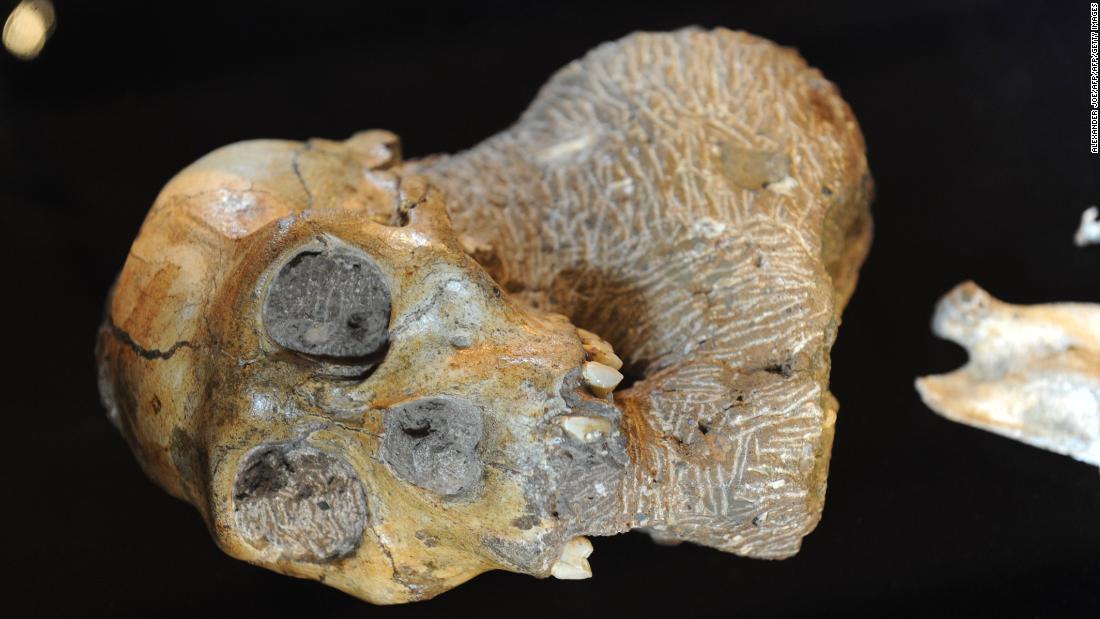 Australopithecus sediba's fossils have fed the scientific debate since they were found in the Fossil site of Malapa in South Africa 10 years ago.

And now the researchers have established that they are closely linked to the Homo genus, which represents a kind of bridge between the first humans and their predecessors, showing that the first humans were still oscillating from the trees 2 million years ago.

The site of Malapa, "Cradle of Humankind" in South Africa, was known by accident for Matthew Berger, nine years old, when he chased his dog.

The findings contribute to fill a gap in the history of humanity, sliding between the famous "Lucy" skeleton of three million years and the "practical man" Homo habilis, which was found using tools between 1.5 and 2.1 million years.

They show that the first humans in the era "devoted significant time to climbing in the trees, perhaps for the feeding and protection of predators," according to the study of the "Paleoanthropology" magazine.

"This larger image sheds light on sedew lifeways and also on an important transition in hominin evolution," said senior researcher Scott Williams of the University of New York .

"Still so much to discover"

Two partial australoptic skeletons (a male and a female) were found in 2008 in a collapsed cave in Malapa, in the "Cradle of Humanity" in South Africa.

"Australopithecus" means "southern monkey", a genus of hominins that lived about 4 to 2 million years ago.

But the new research has put these suggestions to rest and sketch "numerous features" that share skeletons with fossils of the homo genre.

Australopithecus Sediba's hands and feet, for example, show that it was a good amount of time climbing the trees. Hands have abilities of understanding, which are more advanced than Homo habilis, suggesting that it was also an early user of tools.

The document's researchers highlighted the remarkable history of how fossils were found, noting that other dramatic signs of the history of humanity still wait to see the light of day.

"The first fossil of Sediba was discovered by Matthew Berger, after a boy of nine years old, who went on to stop and examine the rock that shot while his Tau dog far away from the well of Malapa, "they wrote.

"Imagine for a moment that Matthew was with the rock and continued to follow his dog without noticing the fossil," they added.

"If these events would have been produced, our science would not know about Au. Sediba, but fossils would still be there, still embedded in calcified clastic sediments, still waiting to be discovered."

"The fortuitous discovery of Malapa's fossils and other similarly unexpected recent discoveries should be a reminder for us of everything that is still there to discover about our evolutionary past," the authors concluded.