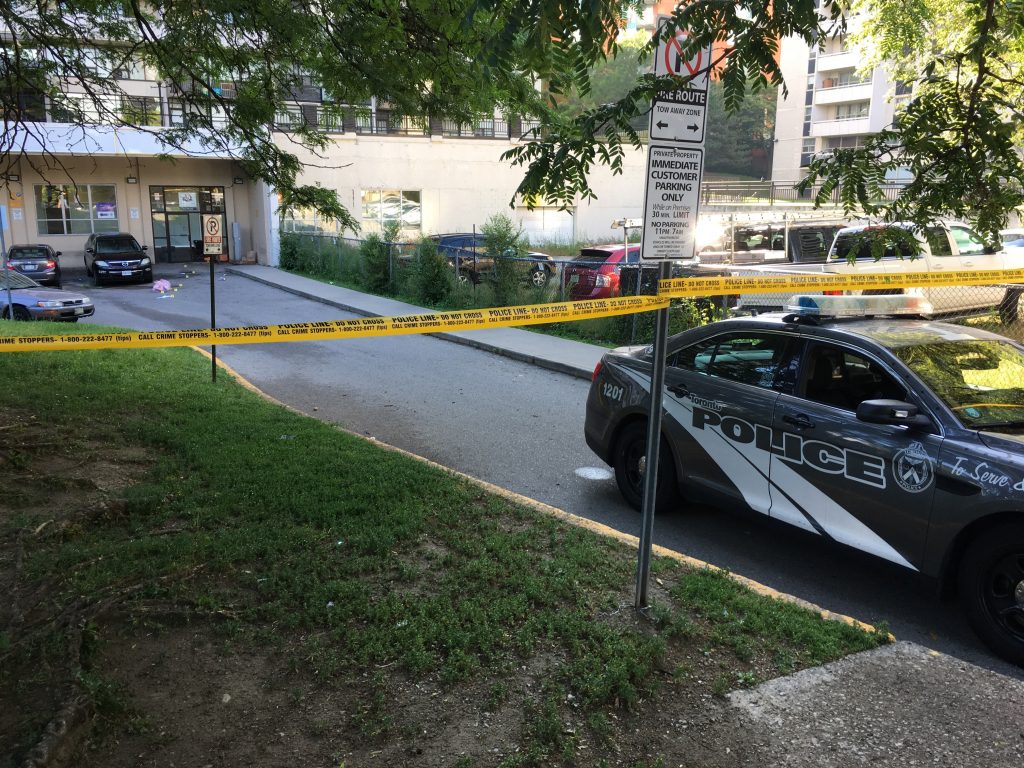 The Toronto police have identified the two victims in the triple shot of Saturday at Mount Dennis.

The police were called to a complex of apartments on Avenida Emmette 55 after shooting reports around 1:30 a.m.

When the officers arrived, the police said they found two men who had bullet wounds.

A man died at the site and EMS sent a second man to the hospital, but later was declared dead, according to the police.

Police have identified the victims as Christopher Teape, 25, from Toronto and Ahmed Mohamud, 32, also from Toronto.

A third man also was injured during the shooting. He arrived at a local hospital and was treated for life-threatening injuries. It has not been identified.

The police have requested that someone who has information or who has been in the area at the time of the shooting.

At a press conference, Saturday afternoon, Toronto police chief Mark Saunders said the three victims were outside the socialization of the building when the suspect arrived and opened fire.

"One of the males who succumbed … was actually in a wheelchair," said Saunders. "This was a very directed crime".

Saunders said he is looking for a suspect man, who has an approximate height of six meters, with a muscular structure and short dreadlocked hairs.