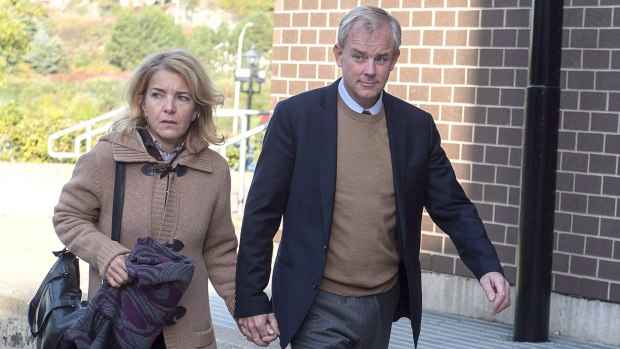 SAINT JOHN, N.B. – The second-degree murder trial of Dennis Oland has been postponed for one day while lawyers on both sides are dealing with indefinite issues behind closed doors.

It is expected that evidence will be obtained at the trial of the high profile of Oland, who is accused of killing his multimillionaire father in 2011.

However, the judge who chaired the case said that there was an "unexpected legal issue", although he did not specify what could have happened.

50-year-old Oland pleaded not guilty of the death of 69-year-old Richard Oland on July 6,

It is estimated that St. John, N.B., the trial will last at least four months.

In a statement released on Monday, the Oland family said they supported Dennis Oland and were convinced that it would be cleansed.

The indictment was indicted in 2013 and was originally tried in 2015, but the verdict at that trial was rejected in the appeal proceedings in 2016 and a new trial was ordered.

Richard Oland was a former executive director at Moosehead, the oldest independent brewery in Canada, until he had control of his family business and left in the early eighties.