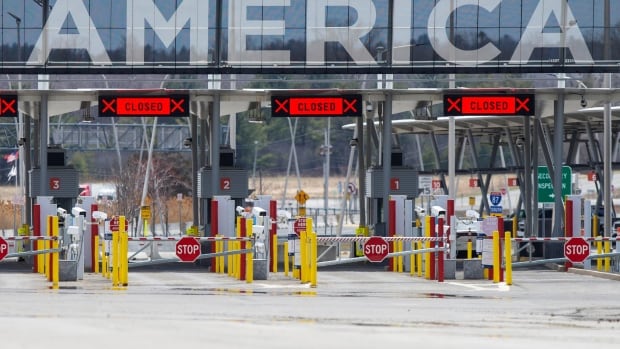 A week after the U.S. government surprised many by announcing that the land border with Canada would remain closed for the time being, the exact reasons for this decision remain hidden in secret.

Not even U.S. members of Congress have received a detailed explanation of the decision. New York State Representative Brian Higgins said the lack of information is causing confusion among its voters.

“The silence of this administration on the northern border is insane,” said Higgins, who has been calling for a meeting with officials of President Joe Biden’s administration to get an explanation. “With the border closed for 16 months and counting, people deserve to know what it will take to reopen the U.S. border to Canadians.”

The office of Washington State Representative Suzan DelBene says it “remains frustrated because we have not received a clear response from the administration as to why the closure was lengthened.”

The news that the U.S. land border would remain closed until at least August 21 came just after Ottawa announced that fully vaccinated Americans could enter Canada as of August 9.

Many had expected the U.S. to follow Canadian leadership. The U.S. closure order has been less stringent than Canada’s from the beginning; allowed to travel by plane to the US, for example. The COVID-19 case count is lower in Canada than in the US and the vaccination rate is higher.

A week after issuing the warning that the U.S. land border would remain closed, the Department of Homeland Security continues to offer the same vague explanation.

“To slow the spread of COVID-19, including the Delta variant, the United States is extending restrictions on non-essential travel on our land and ferry crossings with Canada and Mexico through August 21, while ensuring the continued flow of trade and essential travel, “National Security spokesman Angelo Fernandez Hernandez said in a media statement.

“DHS is in constant contact with its Canadian and Mexican counterparts to identify the conditions under which restrictions can be safely and sustainably reduced.”

Fear of the delta variant

On Monday, White House Press Secretary Jen Psaki pointed to the U.S. Centers for Disease Control and Prevention (CDC), suggesting that the decision to maintain border closures and travel restrictions was the result. of its orientation.

“I think his decision was made based on the fact that the delta variant is more transmissible and spreads around the world,” said Psaki, who noted that it is also spreading to the United States, especially among unvaccinated Americans.

The CDC has yet to answer questions from CBC News.

On Tuesday, the CDC claimed that even those who are fully vaccinated can spread the COVID-19 delta variant. It is now recommended that those fully vaccinated wear masks when visiting indoor public places in areas where there is a high degree of COVID-19 transmission.

One of the few people who offers some clues as to what has happened behind the scenes is Biden’s chief medical adviser, Dr. Anthony Fauci.

“I can tell you that the border situation and allowing Canadians who are fully vaccinated is an area of ​​active discussion right now in the U.S. government,” he told CBC News Network Power and politics Friday.

SEE: Dr. Anthony Fauci says the state of the Canada-US border is the focus of “active discussion” in Washington

Former U.S. Ambassador to Canada Bruce Heyman said the U.S. may not be fully prepared to follow Canada’s example by opening the border.

“The United States may say,‘ We are not prepared and have not yet decided on the process and procedures for opening our land borders, ’” Heyman said, adding that Canada would not have announced that by loosening the border measures if the US had not been uncomfortable.

The U.S. has yet to resolve some key issues on the land border, Heyman said, such as whether it will require vaccination testing or COVID testing by people entering from the Canadian side.

“If we do, what test and which vaccines will qualify and which will not?” Heyman asked. “I don’t think it’s clear yet, what process the US will impose.”

Mexico is also a factor, he said.

The problem of the two borders

“Canada only borders the United States, but with the United States (Canada) and Mexico. And when decisions are made about its border, it’s very difficult to say, ‘On one of our borders we’re doing x, and on the another frontier us. “I’m doing you,” Heyman said. “If possible, you would like to coordinate your entire border policy into one.”

Mexico’s low vaccination rate compared to Canada and the aggressive spread of the delta variant in the United States at a time when only half of eligible Americans are vaccinated by two, can also contribute to decision-making. of Washington, Heyman said.

Ideally, he said, the U.S. government will make a decision on the border that it will not have to reverse quickly.

Maryscott Greenwood, head of the Washington-based Canadian-American business council, said part of the reason the border remains closed could be uncertainty about the vaccination status of those entering the country.

“I think part of the reason could be that the U.S. administration said it would not validate, it will check if someone is vaccinated before crossing,” he said.

The Greenwood group speaks regularly with U.S. government officials. He said he hopes the U.S. land border will reopen before Aug. 21 and that the country will not apply the same rules to its northern and southern borders.

“Policy makers and business leaders and communities, not just along the border, are very frustrated with the decision to stay closed for another month,” Greenwood said, adding that some companies may not survive.

“We hope the administration will take another look at it next week and find a way forward to reopen the border to fully vaccinated Canadians. I know the White House is paying close attention to all these voices and is doing as much as possible to balance the pressures you are getting “.

Elizabeth Thompson can be contacted at [email protected]