"We will not return": hundreds of brave and snowy brave women to go to Toronto 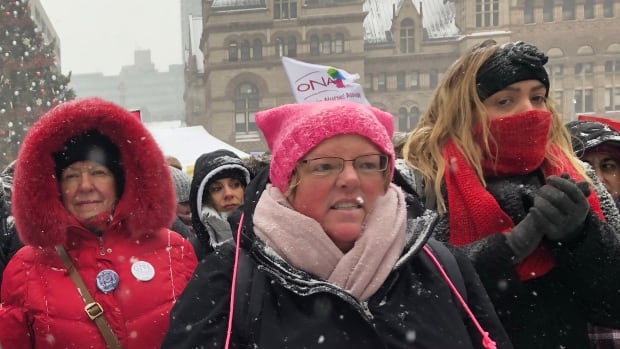 Hundreds of women gathered and marched to the center of Toronto on Saturday despite the cold and snow to inform the Ontario government that they will not remain silent against cuts that affect their rights.

The organizers of the third edition of the Toronto Women's March affirm that the event was an opportunity to show the government of Doug Ford that women will not return to the days where they enjoyed less rights than now.

At noon, women gathered in Nathan Phillips Square, where they heard a handful of speakers, then marched north on the Avenue of the University to the queen's park.

Regarding the Legislature regime, the Ontario Labor Federation called for action, and urged women to continue to fight for their rights. 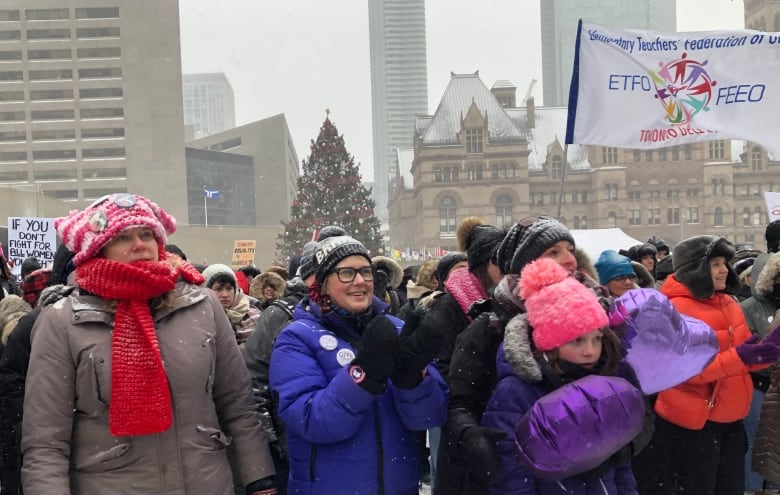 The event is an affirmation that says that we will continue to progress, despite the attempts to get rid of us, "comments Bianca Spence. (Talia Ricci / CBC)

He has asked the speakers of the Nathan Phillips square to cast their speeches out because of the cold. And when they spoke, they briefly addressed a wide range of topics, with each of which had its own approach.

Coun. Kristyn Wong-Tam, who represents Ward 13 – Center of Toronto, said that women went Saturday to make sure their voices are heard about issues of gender equality, poverty and violence against the women.

"There is a lot of anger in Doug Ford's austerity measures, specifically as this can be harmful to women and their children and their families," he said.

"Given the numbers that are here, it is very encouraging."

Before the speeches were launched on Saturday, the fighting groups wound up the crowd.

"Afi, but stimulating," says the participant

Ann Decter, a resident of Toronto who participated in the rally and the march and who acts as director of community initiatives at the Canadian Women's Foundation, a public foundation for women and girls, said He was happy to see so many young women in the event.

"It was cold but it was encouraging," he said. "As we got to University Avenue, we noticed, here are more people than us."

Bianca Spence, a member of the organizing committee of Women March On: Toronto and a co-chair of the event this year, said the march was an attempt to raise awareness of the changes needed to make the city safer and more inclusive.

"The theme of our trip is: do not return," Spence said before Saturday began.

"We will keep moving forward"

"He really talks about many tweaks and cuts that have been made recently through the provincial government and how these changes have affected some of the women and some of the most vulnerable people in our communities," he said.

"Some of these cuts really try to move backwards. This is an affirmation that we are going to continue to advance despite the attempts to recover us." 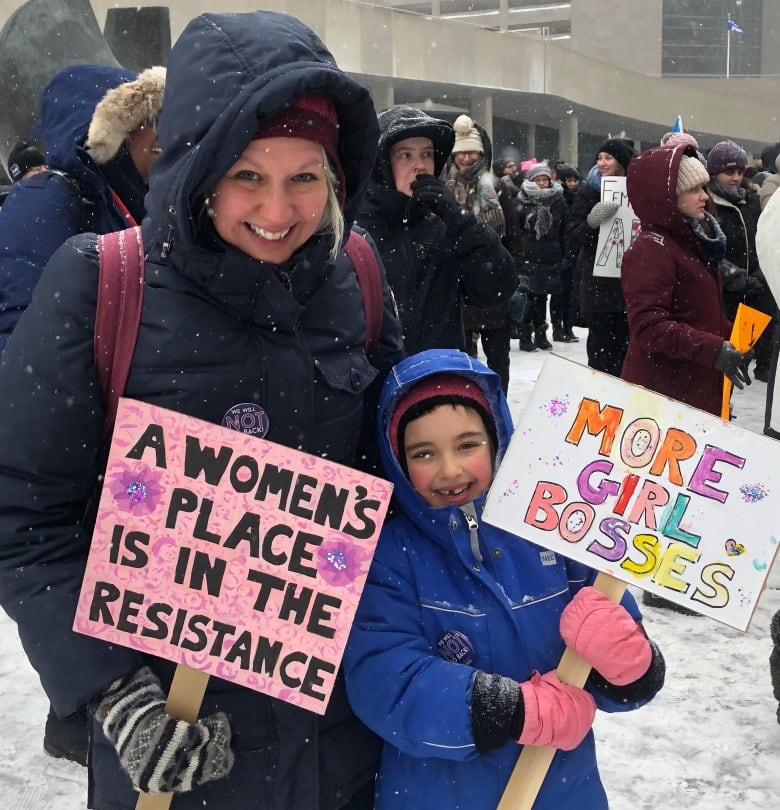 A woman presents herself with a girl at the third edition of Women in Toronto. (Talia Ricci / CBC)

Among other things, he said that women are showing their opposition to:

March On: Toronto, which has organized the three female marches in Toronto since 2017, is not associated with Women's March Canada, a national organization connected to a larger group called Women's Global March.

He said that Women March On: Toronto is not connected to the organization that marched to Washington, DC on Saturday.

"We are totally local and independent. We are the people in your neighborhood," Spence said.

"We, as a group, did not want to be part of a large organization of registered trademarks. I do not think that a movement can be made to the brand. It does not belong to anyone, it belongs to everyone."