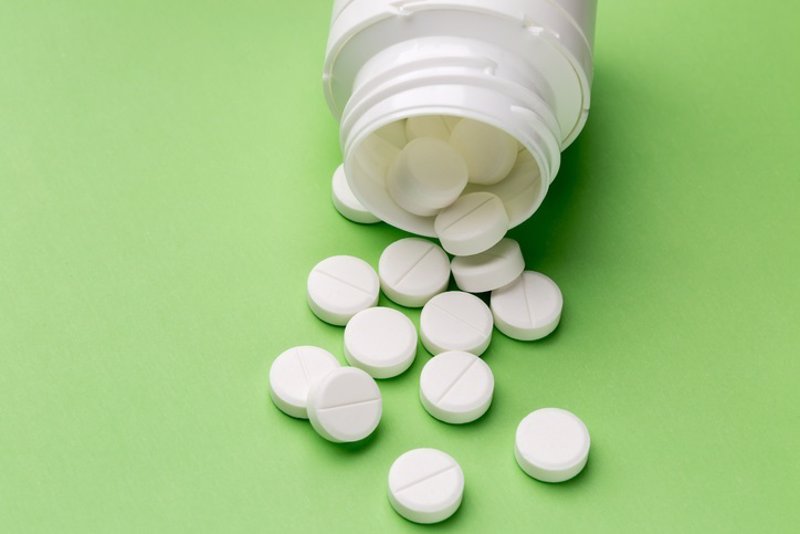 Regular use of a common type of medication, such as "Aspirin & # 39;" and ibuprofen, significantly improves the survival of one third or more of patients with head and neck cancer, according to a new study led by the University of California (UC) San Francisco, in the United States.

Non-steroidal anti-inflammatory drugs, or NSAIDs, improved the five-year general survival rate from 25 to 78 percent for patients whose cancer contained a specific altered gene, known as PIK3CA, researchers report. The survival of the patients whose gene was not altered in their tumor was not affected by the use of NSAID.

According to the authors, it is the first study that shows a strong clinical advantage of the regular use of NSAID in patients with head and neck cancer with mutations in the PIK3CA gene and may indicate a clear and biological reason to implement The NSAID therapy in some cases of illness, the researchers say, the work is published in the "##" edition of this Friday on the "Journal of Experimental Medicine".

"Our results suggest that using NSAID could significantly improve the results not only for patients with head and neck cancer but also for patients with other cancers that contain the PIK3CA mutation," says L & # Article author of the article, Jennifer R. Grandis, Professor of Otorhinolaryngology and Coll Surgery at the UCSF.

"The magnitude of the apparent advantage is strong and could have a positive impact on human health," says Grandis. Within the squamous cell carcinoma of the head and neck, PIK3CA is the most commonly altered oncogene, with 34 percent of all tumors carrying mutations that activate the PIK3CA gene. In head and neck cancer associated with human papilloma virus (HPV), PIK3CA is mutated by more than half of the tumors.

Squamous cell carcinoma of the head and neck is a complex malignant neoplasm that results in a poor prognosis: the five-year survival rate is approximately 45 percent. According to the American Cancer Society, head and neck cancer accounts for about 4 percent of all cancers in the United States, with an estimated 65,000 people who develop it annually.

Although the disease can occur in young people, most patients are more than 50 years old when diagnosed. The main risk factors include smoking, alcohol consumption, and HPV infection. It is known that NSAIDs, which include free-range medications such as ibuprofen and Aspirin, relieve pain and reduce inflammation, fever, and blood clots. They are the most frequently prescribed medications for diseases such as arthritis.

In the new research, authors of the study investigated 266 patients from the Medical Center of the University of Pittsburgh, in the United States, the tumors were surgically removed. Most (84 percent) smoked and 67 percent received chemotherapy and / or radiotherapy after surgery. The overall survival rate was 66 months.

Scientists discovered that regular use of NSAID during at least six months provided "significantly prolonged" improved survival compared to non-use for patients whose PIK3CA gene was mutated or amplified; In these patients, NSAIDs elevated the general survival to five years from 25 to 78 percent. However, patients with no alterations in their PIK3CA gene were no better at taking NSAIDs.

Through the analysis of both the cell line and the mouse studies, the researchers speculated that NSAIDs probably blocked the growth of the tumor by reducing the production of an inflammatory molecule called prostaglandin E2.

The scientists of this work underline that their results have to be corroborated in a prospective essay. In addition, they point out some limitations, such as the small size of the study group, as well as the type, time and dose of NSAID taken by the patients.

"The use of NSAID probably gives a statistically and clinically significant advantage in overall survival in head and neck cancer altered by PIK3CA through the direct interaction between the PI3K and COX routes," says Grandis, a member of the Helen Diller Family Cancer Center of the UCSF.

"Given the marked mortality of this illness – age -, the researchers have designed a prospective and randomized clinical trial to address the limitations of the initial study and evaluate the clinical importance of this therapeutic use ".