Chile hit hard but failed: fell to Tunisia and needed a feat to move forward in World | sports 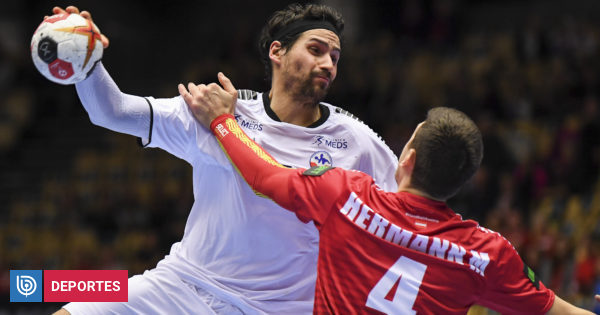 A defeat that made more damage to the account. the male Chilean national team selection To record a tough defeat in the framework of the World Cup that is being developed in Germany and Denmark.

The national combined He was defeated by his similar Tunisian, African champion and one of the direct rivals for the fight to qualify for the next round.

The Chilean team, led by Spanish player Mateo Garralda, played a game, but timely errors and physical wear and tear passed the count: the Africans were imposed by 36 to 30.

14 loss of the ball and 50% of the attack was a factor because Chile could not achieve its second win at this event.

Let's remember that La Roja had been defeated Austria For 32-24 in the second date, the one who had started the excitement of moving forward for the first time in the "# 12" best stage.

Now, to access the elite group, Chile needs to win its next rival, Norway, the current runner-up of the World, as well as in Saudi Arabia in the last game.

The Chilean and Norwegian paintings will be measured this Tuesday at 2:30 p.m.