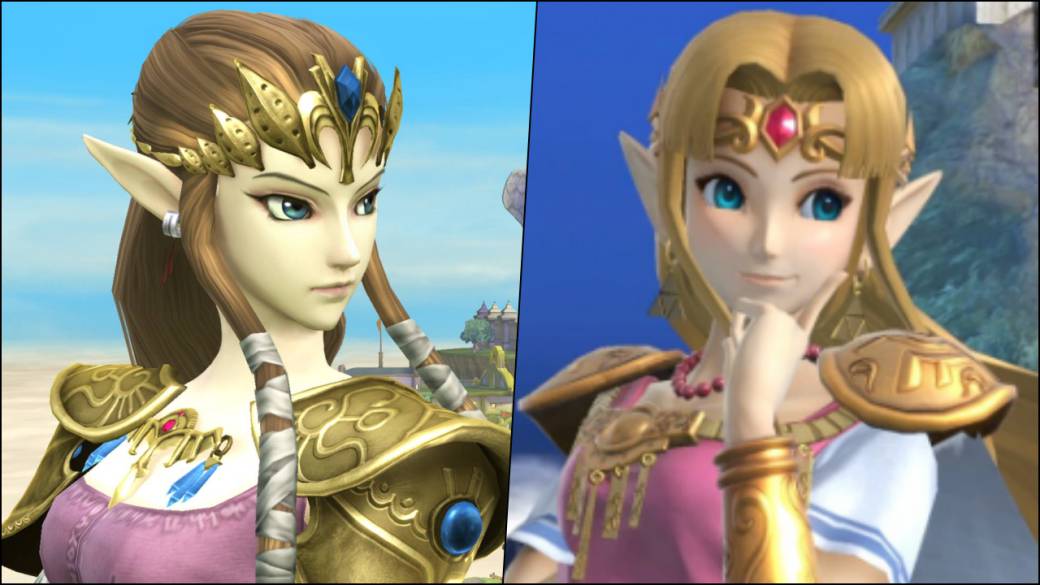 With each new delivery of Super Smash Bros. Aesthetic changes occur in fighters who have already appeared in previous iterations of the series. Princess Zelda is no exception, but there is a reason that explains why the changes experienced her appearance, which contrary to what many expected to Super Smash Bros Ultimate It is not based on Zelda's Breath of the Wild.

Link based its design on the successful last title released in 2017, but with the princess there was something that did not persuade the lord Masahiro Sakurai, Director of the project, who has had to explain in detail the real motive of his election at a meeting with the magazine Nintendo Dream.

"There was one thing that did not convince me …"

"When I knew everything about Zelda: Breath of the Wild, there was one thing that I did not convince myself … When I started thinking about how to make Ultra Smash Bros. Zelda. I knew it would not be Zelda de Breath of the Wild ", he begins by saying.

"Starting from the base, the Zelda of Smash Bros is a fighting princess who fights using magic; every character in Zelda has been like this throughout the series. On this occasion, but I made the decision to make a separation: while the design of Link comes from Breath of the Wild and Ganondorf is of Ocarina of Time, in the case of Zelda I chose the design of A Link Between Worlds, "he continues explaining.

But this decision is not intransigent, but there is a clear reason: aesthetics and personal tastes of the Japanese artist, who acknowledges to feel very attracted to this design.

"The image of her [Zelda] smiling at A Link Between Worlds is simply fantastic. In Link Between Worlds included, I feel that his dresses and personality in this game fits perfectly this time. Having taken over the most recent lady's atmosphere would have been complicated, so I decided to choose this brilliant and Viver version of Zelda, "he concluded.

All this, added to the brief comment that this time wanted to move away from the darkness of Twilight Princess, led him to fully flip through this version of the exclusive Nintendo 3DS video game, for many of the best Zelda in two dimensions of the whole saga.