Fire in Casablanca: 120 hectares of fire consumed near Vásquez increase 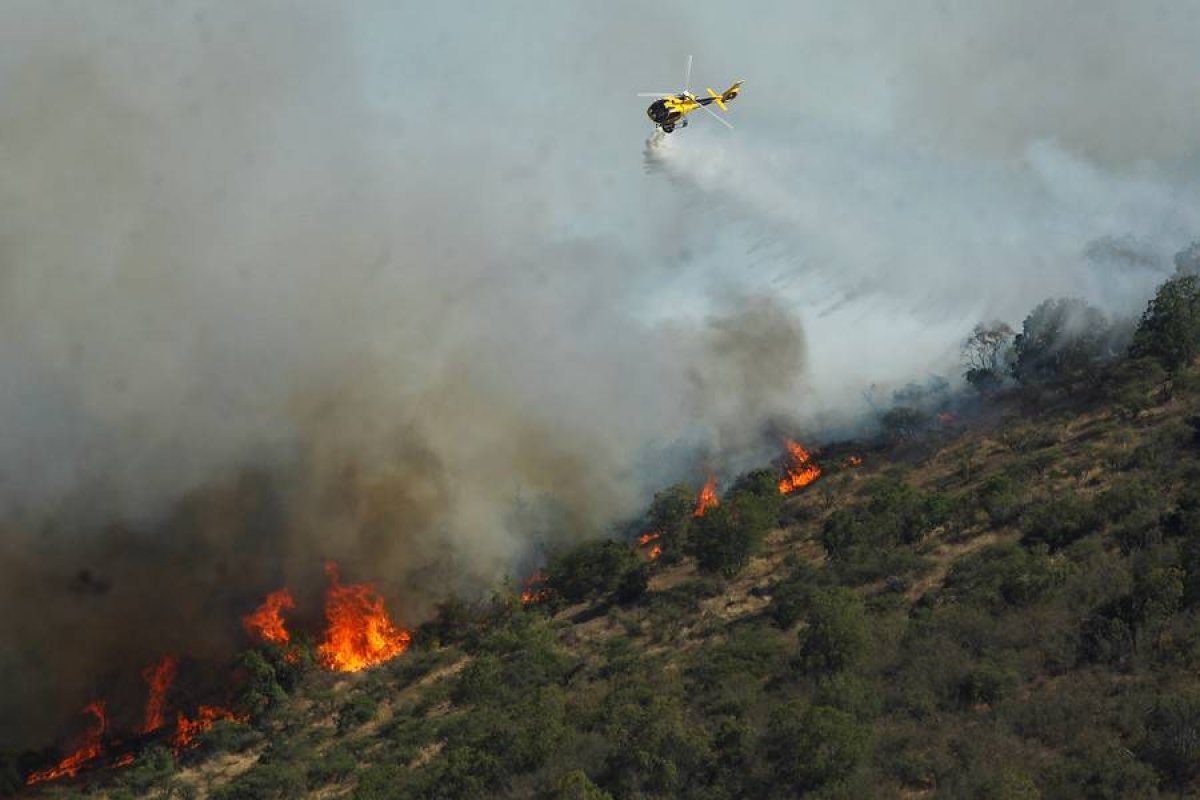 The fire that took place this afternoon on Route Oro Orozco, Region of Valparaiso, has consumed up to 120 hectares and triggered alert because it approached housing sectors. However, you have not reported homes affected by the flames.

In addition, the fire moved away from the Sanctuary of the Vásquez, that at some time of the afternoon was threatened by the sinister.

About this, Aida Baldini, the manager of the Fire Protection of Conaf, said that the sanctuary "is already safe, but it was where we initially concentrated our combat. It helps us last year, too. have a fire in the sector and therefore we have less fuel in this fire "

On the incident, Baldini indicated that "it is a fire that currently has 120 hectares in a preliminary form. In this minute we are working with all the resources we can, which are eleven helicopters, including a Kamov of 5 thousand liters, We have 11 land brigades working and we have four planes. "

"Our priority here is the protection of the houses. It has not affected any housing and this is our first priority, we know that the same will be the case with the environmental conditions, but this controlled force within what means a situation of this one ", added the civil servant of Conaf.

In addition, Baldini added that "if we crossed our arms and did not do anything, this six-hour fire could reach quite a significant area. But our efforts are all centered in this area, where we would not have to. ; come in no way to be affecting another populated area ".

For his part, the governor of Valparaíso, María de los Ángeles de la Paz, referred to the person who is detained for allegedly having initiated the fire and pointed out that "we are on the ground to verify this background. A video that is in social networks, we will get in touch with Carrabiners immediately in order to confirm this antecedent. "

"The person most likely would be involved in this type of fire, which seems absolutely convincing to us and we call on all the people who confirm this type of fact to denounce it", closed the # 39 authority;