Five killed in a traffic accident in Chiloé 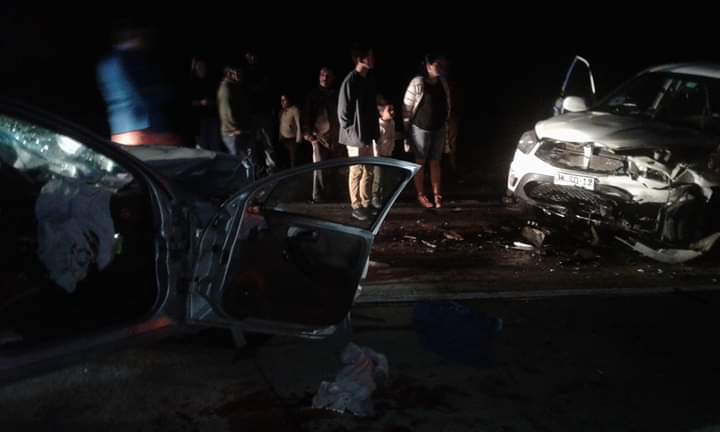 Five people died of a violent collision between two smaller vehicles in Ancud, to the Lakes Region.

The accident occurred after 10:00 p.m. this Sunday in the sector of Pumanzano, Huillinco, when-because of the fact that two smaller acts were investigated they collided.

Emergency personnel from Ancud went to the inner route, close to Route 5 Sud to attend the injured, of which two are presumed to be members of the rural league rural football farm Badia Linao.

The first three deaths correspond to a family from Chillán, a marriage and her daughter, while the other two would be cousins ​​and would be domiciled in the town of Linao, in Chiloé.

Gonzalo Baeza, head of the provincial SAMU said that "In the Linao sector, crossing San Juan inwards, the rescuing center reports four dead people and a fifth person is taking off from the site, in serious condition. In the case of the Palomar accident there are five injured, the driver is polymathized. "

At the same time, there was a second accident in the sector Palomar, To the Route 5 South between the cities of Ancud i Castro.

Two smaller vehicles collided for reasons that investigate and 5 people resulted in wounds of varying consideration.

Product of the violent shock, the traffic was suspended between the two cities so that the emergency teams will work on the site.

Ambulances of Quemchi and Dalcahue support the work of SAMU in the area and there was a large emergency operation to deal with the two accidents that occurred in two locations other than the north of the Great Island of Chiloé.

The public prosecutor of the Public Ministry of Ancud Maria Pau Parada asked for the presence of the SIAT de Carrabiners and the Legal Medical Service, for the lifting of the remains of the dead.

5 people killed in an accident from Huillinco to Ancud increase. This is a marriage and her daughter from Chillán and 2 cousins ​​from the Linao sector @Cooperative #CooperativeRegions