FNE goes to the Latamont Agreement with airlines 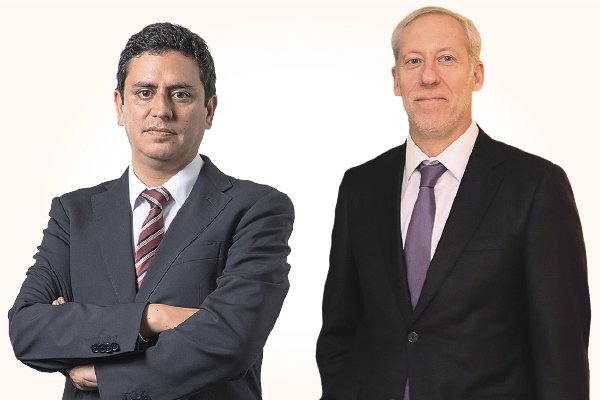 The prosecution confirmed that the mitigation was "inefficient, insufficient, difficult to control and could lead to distortions in markets".

The Office of the National Economic Prosecutor's Office (FNE) decided to go to the Supreme Court to seek a waiver from the decision of the International Tribunal for the Defense of Free Competition (TDLC), which approved the merger of Latam airlines with American Airlines and the IAG.

The agency has based on this issue an examination of measures to mitigate the nine-point hardcore penalties set by the TDLC in order to give the green light to this operation, which yesterday indicated that they were "inefficient, insufficient, subject to interpretation, difficult to monitor and even generate distortions in the affected markets ".

On October 31, the TDLC approved the Joint Business Agreements (JBA) signed by Latam Airlines with American Airlines and the IAG Group (British Airways and Iberia) in January 2016. For its realization, applied conditions such as the formula for distribution of revenues and non-payment of negative implicit prices on indirect routes that have flights Santiago-Miami and Santiago-Madrid as part of the trunk.

In this regard, the prosecution criticized the TDLC action, pointing out that despite recognizing in its resolution that "the risks arising from the contracts consulted exceeded its benefits", it was ultimately decided to authorize the merger of the roads by identifying mitigations that would " they had, for their intentions, central regeneration, to the greatest possible extent, the conditions of competition before the implementation of the consulted JBA.

On the contrary, the Prosecution argued that this operation is an agreement between competitors who "can agree on issues such as schedules, tariffs, sales strategies and capacities, among others". "The parties would cease to act as independent economic agents on those routes where the JBA has their effects, with consequences equivalent to those in the merger, although without efficiency and cost savings that could be expected from the merger," FNE explained. .

Accordingly, the prosecution requested the Supreme Court to "abolish the appeal and ban the materialization of the consulted JBAs, as they are contrary to the rules governing free competition and are not effective, sufficient or adequate measures".

Among its foundations, the Prosecution recalled that the TDLC had said that the JBA applied to the risks arising from the contracts consulted exceeding their benefits. Therefore, on the determination to approve the merging of routes in any case, the agency argued that "we do not share the TDLC standard with respect to the purpose of the measures, because mitigation measures must effectively eliminate the problem detected, so that the competition is fully restored in the relevant market."

Latam Airlines announced yesterday that it did not appeal against the TDLC, which adopted Joint Business Agreements (JBA) agreed with American Airlines and the International Airlines Group (IAG, holding company British Airvais and Iberia) respectively. The company's executive director, Enrik Cueto, explained that "our priority has the ability to offer the benefits that such an agreement will bring to travelers as soon as possible." He added that "JBA exists around the world, approved by various authorities, and there is evidence of the real benefits they offer in terms of more flight options, more no-stop destinations, better connections and more affordable prices."
The company claims that such agreements have been made around the world, where 35% of longer flights operate under the JBA and are present in 20 countries. In addition, he points out that in the United States. flights under this regime "represent almost 60% of international passenger traffic, and in Latin America there is already a JBA between that country and Mexico, while the region's main airlines work on such agreements."
But not only did Latam Airlines make a decision not to go to the Supreme, because it was stated by American Airlines that it would not complain about any instance of the appeal and accept the verdict.