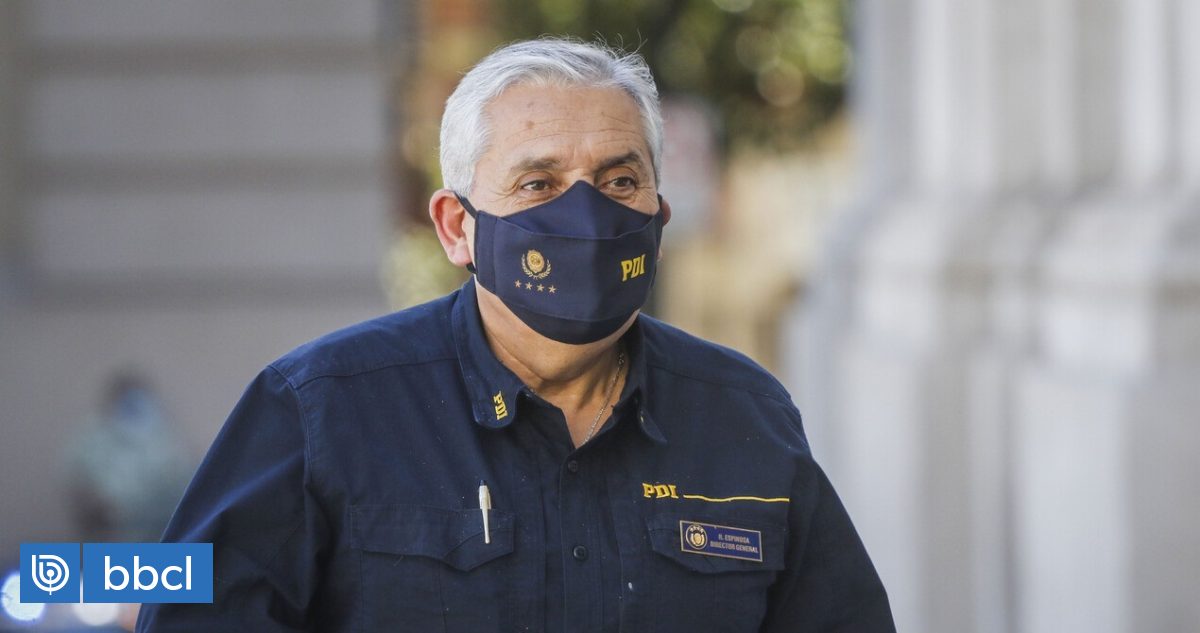 The former director general of the PDI, Hector Espinosa, Was presented this Friday night at the headquarters of the Tactical Brigade of the institution in Santiago, to serve the pre-trial detention that governs him.

Espinosa appeared in the institutional building at about 22:00 on Friday, after which the Court issued his entry order to serve pre-trial detention, after being formalized this Friday for embezzlement offenses. of public flows and money laundering.

According to the investigation carried out by the regional prosecutor of Magallanes, Eugenio Camps, Espinosa -between June 2015 and March 2017- appropriated 146 million pesos of reserved expenses earmarked for the institution.

The above is in addition to what was recognized by former deputy commissioner and former right-wing former director of the PDI, Eduardo Villablanca, who stated that he made a series of cash deposits in the bank accounts of Espinosa and his spouse.

Thus, the magistrate of the Seventh Court of Guarantee of Santiago, Carla Capello, decreed the precautionary measure of pre-trial detention on Héctor Espinosa, to consider it a danger to the security of society.

Her husband, Maria Magdalena Neira, was formalized for the crime of money laundering, and must comply with the precautionary overnight house arrest.

While Villablanca, formalized as an accomplice in the crime of embezzlement of public resources and money laundering as an author, was left under total house arrest.

The Council of State Defense – another of the plaintiffs – through the lawyer Daniel Martorell, accused that the appropriation is greater than the 146 million pesos set by the Public Ministry.

Espinosa will serve the incarceration in the Tactical Reaction Brigade of the Investigation Police in Cerrillos and the investigation was extended for another four months.