Jorge Canals, former undersecretary of the Environment during the Government of Michelle Bachelet, said which, in its opinion, have been the mistakes made by the company Essal, responsible for water cutting in Osorno since last ThursdayWhen an oil spill was discovered at the Caipulli plant.

In interview with Cooperativa En Ruta, Lawyer, graduate in Law and Master's Degree in Regulatory Law at the Catholic University accused Lack of protocols, poor communication and a "diminished radically" contingency plan.

"For example, they started off with 50 alternative places of drinking water, with small ponds and they did not have water. In addition, the internal protocol completely failed when there was a human error," he said the former Seremi metropolitan environment.

Channels has pointed out that failing "a fairly unpublished form in our country" communication protocols to the community and the authorities. "The same company said that it was going to restore water 24 hours after the incident, it had already warned late, then a conventional term was fixed with the authorities seven days a day Tuesday , which was not fulfilled and again cut off the water, leaving people with just cause, outraged and with a helplessness and uncertainty that little helps to overcome this crisis. "

The company Essal reported new water cuts in the city of Osorno, in the Lakes Region, which stayed until about 8:00 PM. The supply only returned between 8:00 p.m. and 10:00 p.m., when it was made A new cut that will extend until 06:00 a.m. on Thursday that affects 50 percent of the population.

Channels In addition, the Superintendent (s) of Sanitary Services (SISS), Jorge RivasTo dismiss this Wednesday check or expire the healthcare concession. "It does not seem to me, because a supervisory authority would not venture or advance judgments without first completing the investigation that was opened," he questioned.

And he emphasized that given the 85 penalties against Essal since 2014, Which reach 3,500 million pesos, "there is history as to why at least the SISS evaluates the possibility of opening an expiration of the concession." 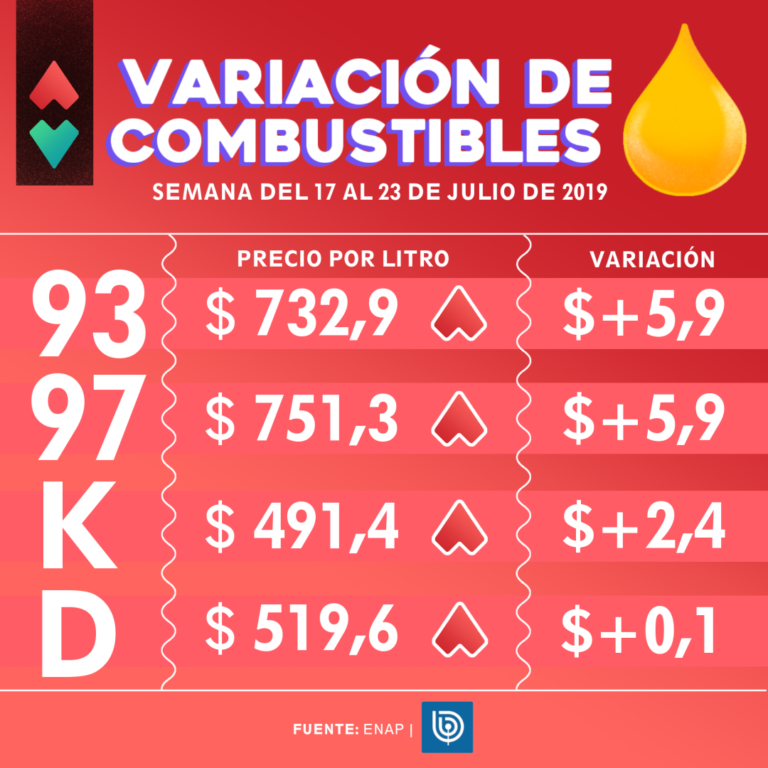 New week on the rise: ENAP predicts that petrol and paraffin prices will increase on Thursday | Economy