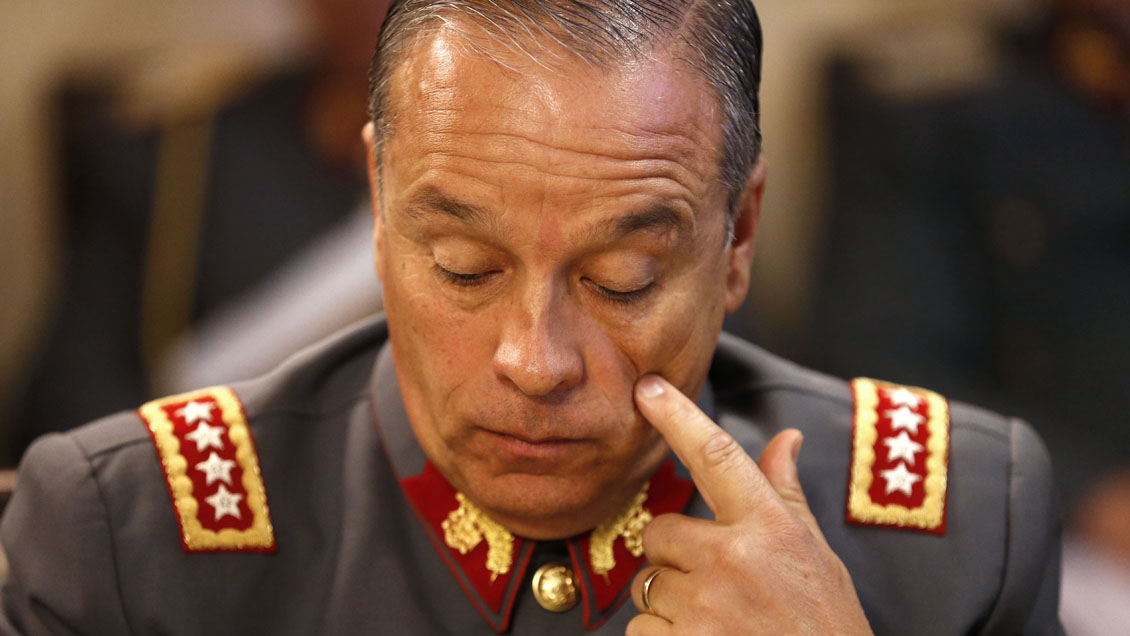 he Government expressed its support to the decision of the minister in visit of the Martial Court Romy Rutherford to process the former Commander-in-Chief of the Army Humberto Oviedo, Due to the alleged embezzlement of public voices for more than 4,500 million pesos, at the edge of the misuse of the expenses reserved in the military institution.

The Interior Minister, Andrés ChadwickHe assured this Sunday that "the Government absolutely supports the action of Justice in the face of a totally damning fact of being effective and true, that you have misused or there has been misappropriation of public resources by a former Chilean Army authority. "

"It is an extraordinarily serious situation and that's why you're investigating judicially and have taken very severe legal action, "he stressed.

UDI Deputy: The institution needs to be reformed

In the same vein they showed themselves from the official: the deputy Álvaro Carter (UDI), Member of the Defense Committee of the House, commented that "if she has decided to take the process to the former commander-in-chief, it is because during the months she has been researching she has found enough information and information. We must let justice work".

In the meantime, "regarding the way in which these things can continue to be avoided," she explained reform the institutionWe can not allow it to continue functioning as it is working up to now on the subject of reserved expenses. "

He said that, according to him, "reserved costs should not disappear, this is an idea of ​​left-wing sectors that should not happen," since "reserved costs were created by intelligence and defense of Chile, that's why we are and we have to make them work. "

The processing and the downloads of Oviedo

The decision was known after the Martial Court rejected Friday the two resources of the defense that brought the general in retirement, where the court supported the proceedings of the judge, to whom the official ( r) accused of acting illegally and arbitrarily in dictating his arrest last Tuesday.

Rutherford cited at 10:00 AM this Saturday in Oviedo in his office to notify him of the prosecution for the crime of embezzlement of public assets for more than 4,500 million pesos through the use of expenses Reserved for the Army.

The former Commander-in-Chief of the Army declared before the minister on Tuesday, when he was arrested at # 39; Military Police Regiment of Peñalolén, Where he will remain in preventive prison.

General Oviedo insists on his innocence and qualifies as "illogical" accusation against his https://t.co/65hi7xzPjI pic.twitter.com/awNHrPDBeh

This Sunday, Oviedo he made his disclaimers and pointed out that he ignores "how often he gets to set the accused amount," so that "it is illogical attribute to me the irregular use of this global amount. "Before that, he went on to say that" my defense will use all the resources provided by law to prove my innocence. "

His situation adds to that already he is also the former Commander-in-Chief of the Army Juan Miguel Font-Alba, Which was prosecuted last February by an embezzlement exceeding 3,500 million pesos.