Guarello spoke without a filter by Gaete: "The guy no longer gave, a player who leaves you any day" | Dale Albo 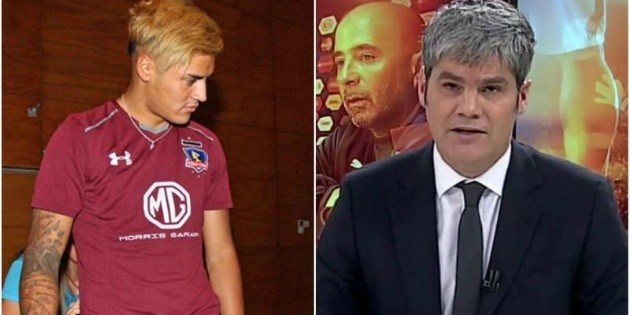 Juan Carlos Gaete will have his definition this Friday regarding his future in Colo Colo. On the occasion, it will be seen if he continues in the Cacique or if he goes to loan, but the journalist Juan Cristóbal Guarello was emphatic in his opinion of what Black and White must do with him.

"Boca put Maradona on his knees to stay, but it was Maradona. Here it does not make much sense. I know there is an economic loss and a confidence in the player's talent, but he has failed to do three training sessions in Colo Colo and we must ask him to stay, "said the professional in The Tenors of radio DNA.

"It is a bet to failure, unless there is a psychological treatment, a deep intervention at all levels, take it to the other side. It's very sensitive to what the pulley tells you, the size in the dressing room, the microphone that is delated to the social networks, "he added.

Following with the analysis, he emphasized that "I think the player does not work. Maradona at the time of his decadence, addicted to cocaine, Boca would ask him … but in reward for what he was, not what he was going to be. The guy did not give it to you anymore. A player who leaves you any day. It does not appear on Monday. Maybe they think it can be like Chupete Suazo, who managed to calm down. "

Finally, he pointed out that "it would be logical and intelligent to send another First A club loan and see how it evolves. But bring it from the wicks, convincing him and stepping on eggs, because you do not know if he got mad, if they looked ugly, if he lost his pool or the Play and they drove it out because it was 6-0. You know nothing, or what the polola called it. Send it to a small club and see how it plays without pressure. In the end (Gustavo) Huerta saw him come always. "

Yes, but someone else needs to come

Do not miss out on the latest news!