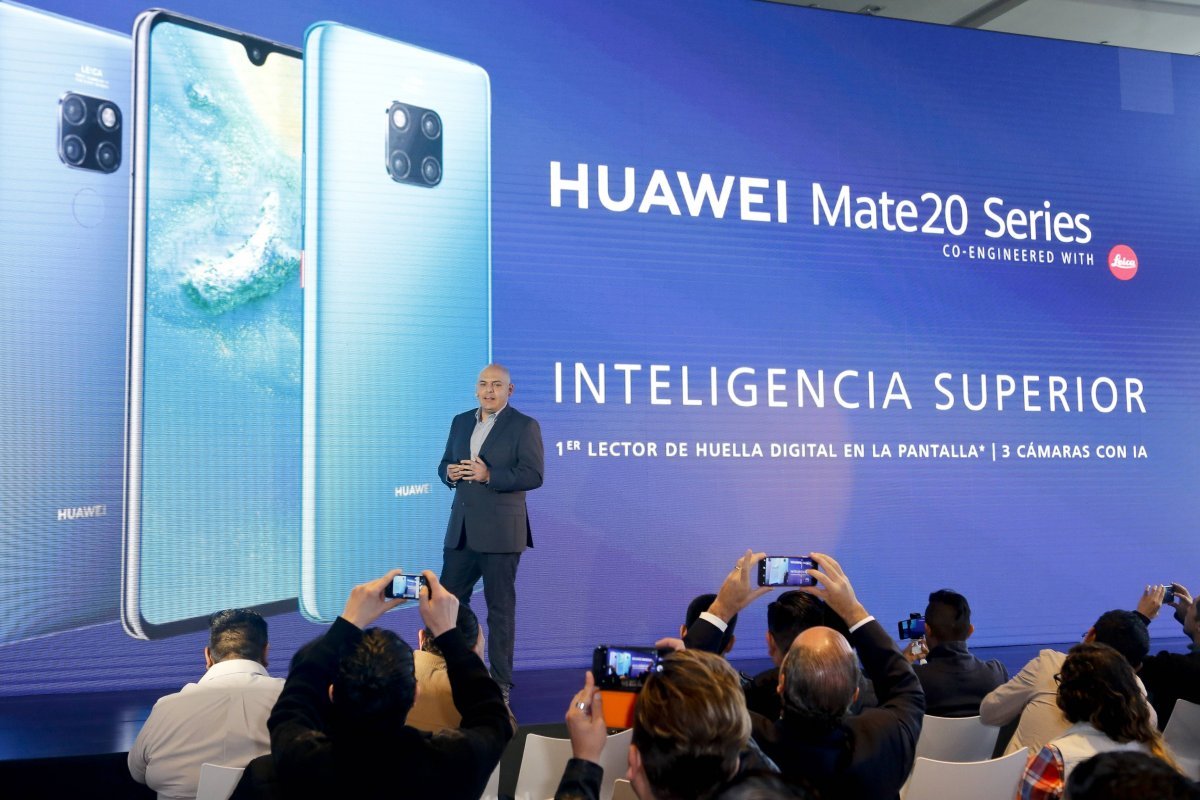 Following its announcement in London, Huawei Consumer Business Group introduced its new Mate 20 and Mate 20 Pro devices in Mexico, within the HUAVEI Mate 20 series, which not only shows the greatest innovation in its history, but also marks the new parameter in high- end devices.

During a presentation at Torre Virreies, David Moheno, Huawei Public Affairs Director for Latin America, explained that these new teams have a modern and futuristic redesign with FullViev curved screens larger than Mate 10, 6.39 inches that give the body and screen proportionality incompatible with competition.

The Mate 20 Pro has a release in eight angles, making it easy to use one hand with solid and ergonomic fasteners without any protrusions, in addition to having the hand sensor incorporated into a screen that is more efficient and safer.

Other novelties presented by teams for photo and video lovers is a unique camera system, the Mate 20 brings a configuration called the Matrik Camera System on the back panel, a four-point design that integrates three camera points and a sensor, all surrounded by a polished metal frame.

The Mate 20 Pro model is equipped with three cameras: the main RGB 40MP, an ultra wide 20MP lens and a third-party 8MP lens. In general, this camera system is compatible with a wide range of focal lengths that allow the user to get results from a professional camera level, thus achieving clear images at a distance of 2.5cm from the target from the mountain to the small insect.

It is a matter of seeing Hollywood AI mode of portrait color that, together with the power of artificial intelligence, enables the separation of human subjects and colors around them in order to dramatically expose the person. In addition, it has an application for data recognition and scanning in 3D, a unique technology on the market.

Also, Artificial Intelligence takes a much more proactive role thanks to the Neural Processing Unit (NPU), which now allows you to unlock the device by recognizing the face-recognition of the world thanks to 3D Face Unlock technology that can identify the user's safe face in just six seconds, becoming the first smartphone on the market Latin America that incorporates this technology.

The battery is now longer with a smaller time charger with a 40V Super Charger that doubles the fast power of 22.5V that was launched along with Mate 9 in 2016. The new standard allows you to charge 70% of the battery in only 30 minutes. In order to make the load more practical, this new series has integrated two additional technologies.

They already have wireless charging thanks to the new 15V Wireless Kuick Charge technology, the fastest in the industry, and on the other hand, it has the function of a wireless reversible charge, that is, it allows the device to function as a charging bank for phones compatible with this technology just approaching them.

"You have to have the Huawei Mate 20 series because they are true icons of innovation, a multi-scenario life user, a weekend hiking or biking, Monday to Friday in the office, an artist who wants everything he can without any shortcoming," said is David Moheno, director of public relations for Huawei for Latin America.

With this release, two new Vatch GT add-ons that integrate the 1.39-inch OLED touchscreen on the body of 11.8mm, with a dual chip, offer energy savings of 80% for two weeks of life and Band 3 Pro with OLED display of 0 , 95 inches and up to seven hours of GPS tracking. Both teams have heart rate monitoring in real time. The first has a price of $ 4,999 and Band 3 Pro of $ 1,799.