Home / chile / Kaka: "One of my problems at Real Madrid was Mourinho. I spent 3 years trying to convince" | soccer

Kaka: "One of my problems at Real Madrid was Mourinho. I spent 3 years trying to convince" | soccer 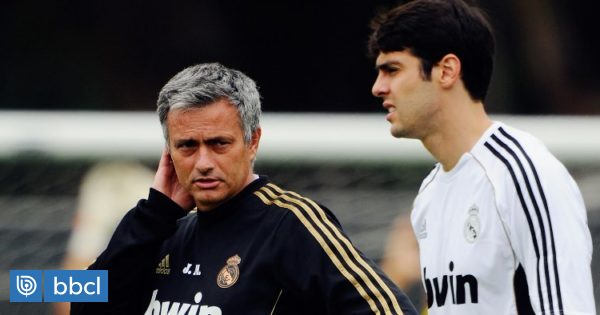 Brazilian Kaká, a former Real Madrid player, always characterized himself throughout his career to be a quiet soccer player, and did not add great controversies to his career.

However, the already retired player granted an interview to "Sport TV & # 39; where he reviewed his passage by white cast and the relationship he had with José Mourinho.

"My problem in Madrid was the continuity. First for the physical question and then for the choice of the coach. I spent three years trying to convince Mourinho that he could give me opportunities. But it was a choice of him, he was out of my reach. What I was doing was to be an excellent professional. And today I have the great joy of being able to reach Madrid and have the doors open. Florentino says I was one of the most professional players that went through there, "he said.

In addition, Kaka said about his relationship with & # 39; mou & # 39; that "there is no problem between us. I was in Manchester for a publicity act and I stayed at the hotel in which Mourinho lived and we were talking about two hours. At some point we live in disagreements in the stage In Madrid because I thought I had to play and he did not think so. But they were respectful misunderstandings. I never rebelled and I told him "I'm here," and I did not even go to the press to complain. "

"Mourinho is really what you see in the cameras. At the time it's explosive, but it's a very clever person. What people see in the press conferences is all prepared and planned and knows exactly what he will say. The problem I had with him was his election. I thought he was wrong. But the team worked. We won a league and reached the semifinals of the Champions League, "he added.