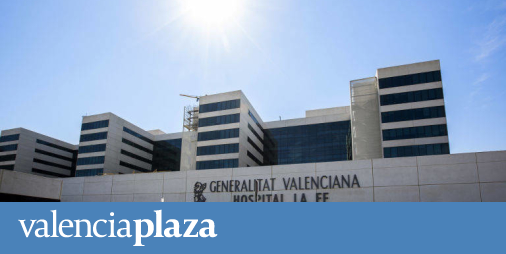 VALENCIA (EFE). The Raquis Unit of the Polytechnic and University Hospital the Faith Valencia has devised an "innovative method" to monitor deformity in children and diagnose adolescent idiopathic scoliosis without using X-rays.

The system uses conventional echo and a smartphone & # 39; with an application and, using the transverse processes as a reference, you can know the magnitude of the deformity "with minimal cost and no devices, special software or ionizing radiation," he reported Generalitat in a statement.

According to experts, idiopathic teenage scoliosis is a deformity of the spine that progresses over time and, when it reaches a certain magnitude, requires surgical treatment.

If you do not intervene, changes in the development, cardiac function, pulmonary function, etc. may occur, so that "x-rays must be performed every six months."

When treating children, it has been shown that this frequency in the use of x-rays increases the risk of breast cancer in adulthood, among other health problems.

Currently, the diagnosis and monitoring is done with x-rays of 30×90 in bipedestación, and there are other complex devices that use ultrasounds, "but their very high price makes them not useful in real practice."

The system developed at La Fe is "the first one that can monitor the deformity using only a conventional ecograph and a telephone, putting at the disposal of the specialists all the monitoring without ionizing radiation."

The method is being used experimentally, and for this, it is still necessary to increase the number of centers to verify their use safely, "but in the studies carried out so far, the technique is reproducible and very effective" , according to sources.

It is specially designed for idiopathic teenage scoliosis and has proven effective in cases of patients between 8 and 20 years of age who are diagnosed with this type of scoliosis and that they do not They meet surgical criteria, circumstance that is repeated in most of these cases.

In the Valencian Community there are more than 500,000 idiopathic adolescent scoliosis patients between 9 and 20 years old, which places the prevalence of the disease approximately 5%.

With these data, researchers estimate that more than 2,000 children in the year may benefit from a follow-up using this technique.

The method developed by the doctor Joan Ferràs He received the first prize of the Whitecloud Award Basic Science Paper.

These are the awards awarded to the basic research section of the Scoliosis Research Society in the field of research on diagnosis, molecular techniques and new technologies.

This is the first time that a Spanish group wins this award Scoliosis Research SocietyOne of the most prestigious societies in the world in rachial disease, during the international IMAST conference held in Los Angeles and in which the proposal of the Faith competed with hospitals in more than 15 countries.