Latin Grammi 2018 J Balvin on reggaeton: "We are the future of music" VIDEO 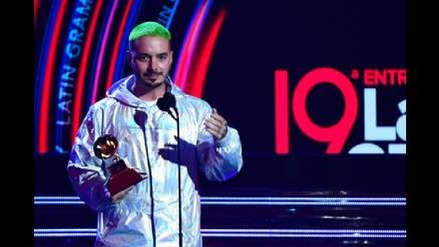 Colombian singer J Balvin was one of the greatest favorites of the Latin Grammy in 2018 Las Vegas on the 15th of November.

He did not win in eight categories for which he was nominated, if he could win the prize Best Urban Music Album, for his album "Vibras" published at the end of 2017.

At the time of receiving this award, Colombian delivered a speech that had some fragments that many considered controversial.

"With the respect that deserving artists who will always be great legends, it's time to create new legends, new values," said the singer. "That people on the street also want to be like us, because we are an example of life," he added.

"We do not kill the dreams of new composers, new producers, we appreciate new blood because we are the future music"he continued.

In the end, he noticed that "the reggaeton saved lives, motivated people to leave the streets and concentrate on more beautiful dreams."