Home / chile / Letter from Piñera to the Catrillanca family: "Our government will continue to seek tirelessly the truth" | National

Letter from Piñera to the Catrillanca family: "Our government will continue to seek tirelessly the truth" | National 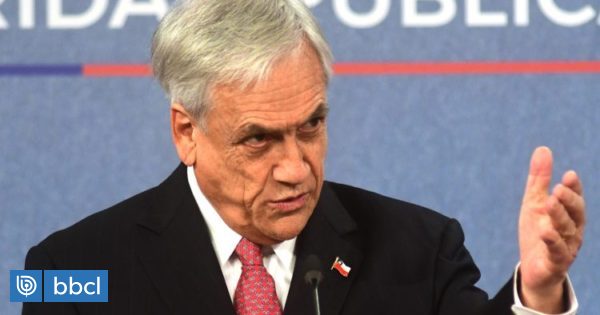 There are two letters that President Sebastián Piñera sent to the family of Camilo Catrillanca November 20: one to his father and another to his grandfather. However, they never came to their hands.

According to Mercury, in the letter addressed to Marcelo Catrillanca, father of the murdered commune, Piñera expressed his solidarity and lamented the "difficult moments" that the family is going through.

Then, he said "the absolute security as President of Chile, that Our government will continue to seek tirelessly the truth about the unfortunate facts that meant the loss of the life of his son, until the total clarification and until justice is done ".

When, close to that date, it was announced that the Government had sent these letters, the fact was denied by the Catrillanca family, as they assured that they had not received any letter.

Now, the spokeswoman Cecilia Pérez confirmed in the morning that the letters never arrived at the hands of Marcelo and Juan Catrillanca, because "People who could have been delivered and were entrusted to do so did not want or could not (…) ".

In this context, he added that once the writings were recovered by the Government, it was decided that the best was not to insist.