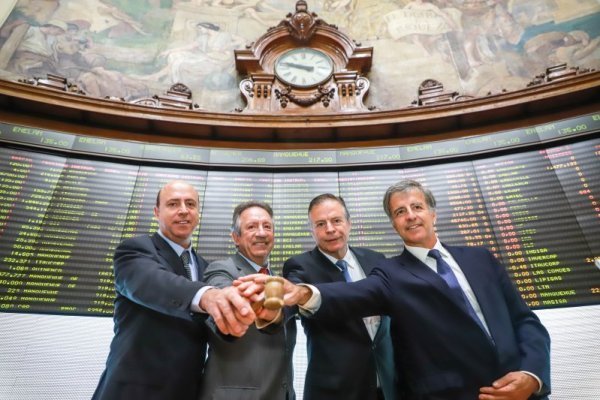 With the stock exchange operation, US $ 70 million was collected. Of them, US $ 28 million are for the company and most of the rest corresponds to the sale of the participation of Choirs.

The real estate market of Manquehue, linked to the brothers Rabat, will bring changes to the company's directory.

It is expected that on the next board of directors, the date will be scheduled for April 30, the new members will be defined.

Of the seven that comprise it at the moment, two will be occupied by representatives of the new shareholders. One will be the position left by Elizabeth Lehmann (linked to the Corso group) and another to the departure of one of the brothers Rabat, whose name is not yet revealed.

Of the four Rabat currently in the directory -José Antonio, José Luis, Carlos Alberto and Pelayo- only two will continue, since the idea is to professionalize the firm. Meanwhile, the current president, Canio Corbo and director Jorge Lama, would remain.

Results of the operation

With the opening of the stock market that took place this Friday on the Santiago Stock Exchange, it was able to raise $ 70 million. Of them, US $ 28 million are for the real estate market and the remainder was due to the participation of Inversiones Cors (which entered in 2009 with 15% participation) and the remainder for the Rabat family.

"The interest shown by the plaza commits us to accelerate growth with an ambitious investment plan, which we are launching today," said Fabián Wulf, general manager of the company.

The $ 600 million that the plan provides for the next five years will be used to specify 22 projects that currently have in the folder, with options to add three more towards the end of the year, as explained the executive after of the opening.