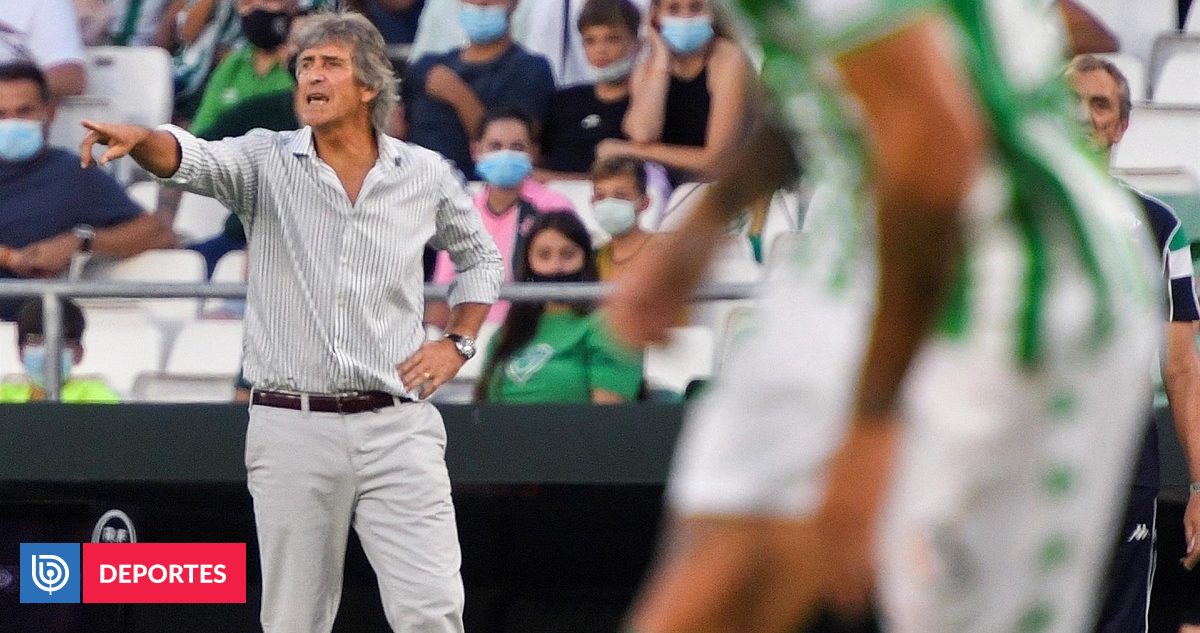 Manuel Pellegrini, the Chilean coach of Real Betis, did not hesitate to choose the three most important players of the “Golden Generation” of the Red.

Manuel Pellegrini, Chilean coach of Real Betis, had words for the “Golden Generation” in the preview of the duel of the Red against Venezuela, valid for the date 12 of the Qualifiers in Qatar 2022.

In an interview with Líbero of TyC Sports, the ‘Engineer’ highlighted three cracks of the ‘team of all’ as the most important in the America’s Cup titles and today.

“There are few players like Arturo Vidal, Who won all the clubs in Europe: at ‘Juve’, Bayern Munich, Barcelona and Inter. Alexis Sánchez the same with Barcelona, ​​Arsenal and Inter; and of course Claudio Bravo “, Launched the DT of Betis.

“They are players who have made very long careers and have been starters in the most important teams in Europe,” added Pellegrini.

But the ‘Engineer’ not only had words for Vidal, Sánchez and Bravo, but also stressed that “Chile has been fortunate to have a generation of top-level footballers, with important careers in clubs in Europe and high level performance in the Selection “.

“This generation came together to give a category to a Chilean team that, although it has historically played well, I think it lacked titles to take a step forward,” added the other coaching time of Manchester City and Real Madrid .

“Chile has lost its way”

However, not all were praises by Manuel Pellegrini. When analyzing the present of the Red, the Chilean strategist criticized the ANFP and regretted that the calculator is needed to aspire to Qatar 2022.

“Chile has strayed a bit on the road. There is no spare generation and they are these players giving everything they have been able to in the past and that they still have a validity, “began the ‘Engineer’ lamenting.

“The development of Chilean football has not been up to par for having secured a trip to the World Cup. I hope it is achieved, because it is very important, but I think it is a wake-up call to the way Chile has gone in recent years, “the Betis coach added.

Then Pellegrini recalled the departure of Reinaldo Rueda to justify the irregular present of the ‘team of all’.

“Unfortunately at the moment we are quite complicated to reach a World Cup, because there was no continuity in the work started by Reinaldo Rueda and, once the qualifier began, it was handed over to another coach,” said the strategist.

“I clarify that I am not criticizing or praising the work of one or the other, but I think that after two years of work, you had to have the conviction and have continued with a technician who already knew the system,” he said. add the national DT

“Roda was forming the most important thing, which was left behind: a generation of new players who at some point could replace this great generation that Chile has had,” said the ‘Engineer’.